Picture-Perfect Royal Wedding Was Made For TV 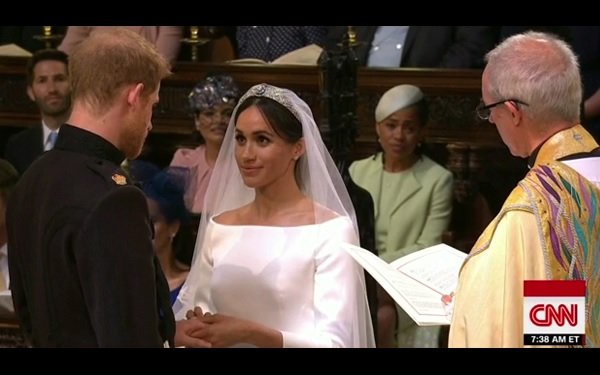 Last weekend’s royal wedding -- brought to you live at daybreak, more or less, and then played over and over again all day on Saturday -- was the kind of telecast a TV critic would be crazy to nitpick over.

Fortunately, there was little to complain about or criticize anyway. In so many ways, the coverage of the wedding of Prince Harry and former USA Network star Meghan Markle was picture-perfect -- with the emphasis on “picture.”

Television is primarily about pictures -- images -- and the TV gods smiled on television on Saturday morning, right down to the weather, which was spectacular and tailor-made for a storybook wedding on TV. More than a few commentators noted that the sunny weather was not what they expected for England, even in May.

Here in New York, however, it rained all day on Saturday, giving housebound city-dwellers little else to do except to watch the wedding coverage. And you didn't have to wake up in the wee hours to do so; it was rerun all day -- in its entirety and in bits and pieces.

Hats off to whoever in the English royal “corporation” is in charge of choreographing these types of events. Every angle and every camera position -- both inside and outside St. George's Chapel at Windsor Castle -- was perfect.

Whoever called the various shots performed perfectly too. The pageantry, the setting, the participants, spectators, horses, carriages and the continual parade of vintage royal Bentleys and Rolls Royces were all caught on camera. A commentator on the BBC even identified the year and model of each car, which was great information.

Without dwelling on the potential for reaction shots from close relatives, celebrities and other attendees at specific moments, cameras caught various expressions at random on the faces of some that triggered conversation among viewers at home.

Did anyone else see the very momentary, and seemingly disapproving, glance Kate Middleton shot sideways in the direction of Camilla Parker Bowles, who was seated beside her, at one point?

And wasn't the mother of the bride, Doria Ragland, the very picture of dignity and grace? One formed the impression from seeing her seated in a pew close to where her daughter was taking her wedding vows that she was all alone, with few if any members of her family anywhere to be seen.

As for the various members of the royal family, the notably stern and unsmiling visage of Queen Elizabeth was seen repeatedly throughout the ceremony, leading those at home to look at each other and ask: What is her problem?

In fact, the body language of the royals -- all except for Harry and his big brother William and sometimes their father, Prince Charles -- made them look icy, aloof and often disconnected from the presumably happy occasion they were privileged to attend and to be a part of.

One notable feature of this royal wedding was that it was evidently not a “state” event, which meant the audience was not made up of world leaders or their surrogates such as first ladies and vice presidents. Instead, you had George Clooney, Serena Williams, Elton John, James Corden and assorted co-stars from Meghan's old TV show “Suits.”

Children played a major part in the proceedings as members of the procession. The delighted expression on the face of one little boy -- Brian Mulroney, 7, who was trailing the bride as one of the bearers of her bridal train -- became one of the most memorable images of the entire day.

He was evidently dazzled beyond words at the spectacle he beheld as he entered the chapel behind the bride.

Thanks to all of the elements of technology and production that brought the same spectacle to millions around the world, those of us watching at home knew exactly how he felt.