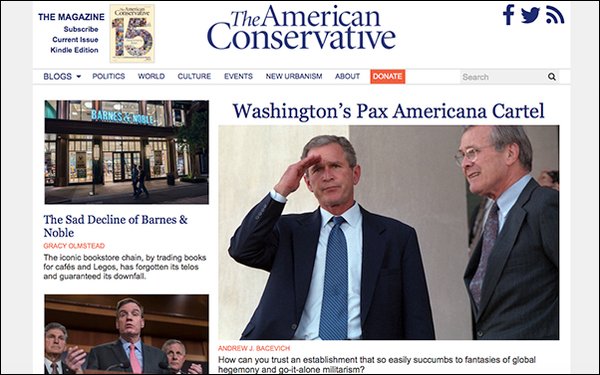 The American Conservative has tapped former Atlantic editor Benjamin Schwarz as its new editor-in-chief. Schwarz spent 13 years at The Atlantic and served as national editor and literary editor.

After leaving The Atlantic in 2013, Schwarz spent three years as national editor of The American Conservative, often known by the initials TAC.

Schwarz's appointment was announced by Jeremy Beer, board chairman of The American Ideas Institute, a nonprofit organization that publishes The American Conservative, a bimonthly print magazine.

Beer added that “TAC opposes open borders, identity politics and governmental policies that undermine America’s industrial strength,” according to a post from staffers.

Schwarz will step into his role as top editor on June 16.

In an email to Politico’s Michael Calderone, Schwarz described himself as "a cultural paleoconservative and a social small-c conservative."

. was founded in 2003 by Patrick J. Buchanan, Scott McConnell and Taki Theodoracopulos as a right-leaning publication standing against the Iraq war.