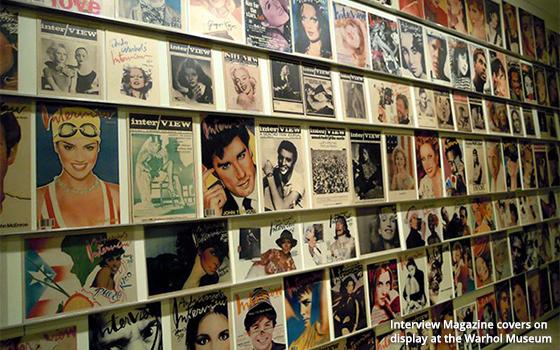 Interview magazine, the publication created by famous artist Andy Warhol in 1969, has shuttered.

The arts-and-culture magazine was one of the first to focus on the theme of celebrity, with in-depth conversations, intimate portraits and photography featuring artists and musicians.

Interview filed for a Chapter 7 bankruptcy and is liquidating its assets, according to multiple media reports.

The company was embroiled in a number of legal issues regarding payments from owner and billionaire Peter Brant, who bought Interview in 1987.

In February, Interview was forced to leave its SoHo offices because Brant’s company was not paying rent, according to the New York Post.

Earlier this month, Interview was sued for $600,000 by former editorial director Fabien Baron. Baron, who resigned from Interview in April after almost 10 years in the role, claims he was not paid appropriately the last three years, the NYP's Page Six reported.