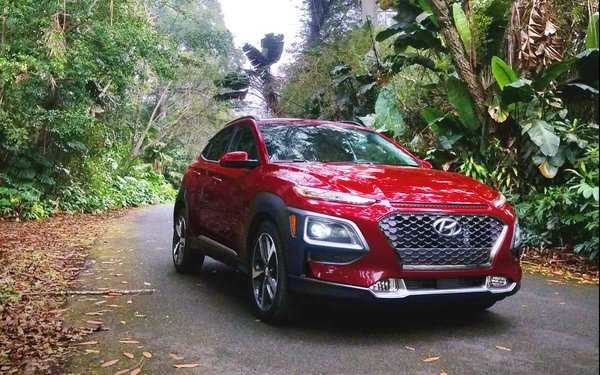 The automaker and its AOR Innocean headed to the Big Island of Hawaii to film five strangers coming together to share their perspective on living purposefully. The Kona Way, presented by Hyundai, is a three-episode series that celebrates chasing meaning, instead of means, and focusing on what truly matters. It can be found on Hyundai's YouTube channel.

It features islanders Alicia Ward, Micah Kamohoalli and Kai Willy and vloggers Sam Potter and Rowena Tsai, who share their personal stories of living with intention and purpose. The films feature the first-ever Kona, Hyundai's “smart” utility vehicle that has features including Apple CarPlay, Android Auto and Blue Link capabilities, to help live the Kona Way.

"This series gives us a platform to help tell the stories of people motivated by making life more meaningful and enjoyable by doing more with less," said Paul Imhoff, director, marketing communications, Hyundai Motor America, in a release. "That concept really resonates with the target buyer for Kona.”

The Hyundai Kona is named after the idyllic west-coast region of the Big Island of Hawaii, and its image is reflected in the lifestyle-focused SUV. The Kona Way video series, shot on-location in March, highlights the personal stories of three locals. To show appreciation for the inspiration the island has provided, and recognizing the challenges its people face with the eruption of the Kilauea volcano, Hyundai has donated $100,000 to the American Red Cross toward the disaster relief efforts.

The first episode features Sam Potter, a Hawaiian native and influencer who travels the world in search of new sites and people. Although he is forever exploring, he feels there is still much to learn at home in order to grow as a person. Alicia Ward is a free diver and underwater photographer living in Hawaii, who believes in finding a place in life where you can be you and feel comfortable in your environment. The two reflect on their Kona Way of living and the responsibility they have to find meaningfulness in every moment.

In the second installation, Rowena Tsai, a vlogger who encourages her followers to live proactively, talks about growing up always wanting to help people. Kai Willy, a Hawaiian firefighter and devoted father, shares with her how local Hawaiian wisdom passed down through generations helped shape his life and give him purpose, and his understanding that everyone and everything are connected.

Finally, the third video shows Potter and Micah Kamohoalli demonstrating how giving back more than you take is the Kona Way. It took leaving his native home of Hawaii, traveling the world and coming back for Potter to truly appreciate the beauty and culture of the island. Kamohoalli, a hula leader, has always stayed true to Hawaiian tradition and strongly believes in giving back not only to the people, but also the land. Kamohoalli invites Potter to watch his hula dance group, and the two discuss the importance of respect and appreciation for what one has.