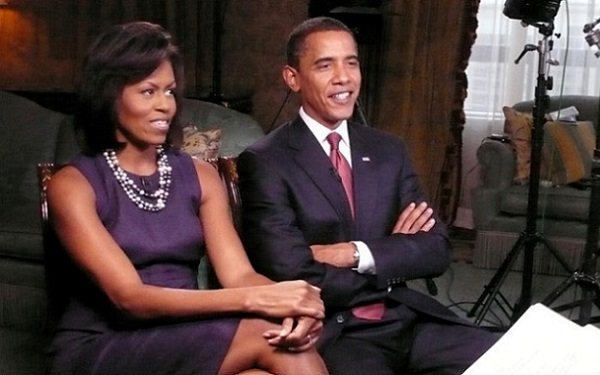 Sometimes it seems as if anger is the top product manufactured in the U.S. today.

If that is the case, then you might even call anger a gross national product.

A portion of the nation's manufactured anger industry went into high gear this week after news broke that Barack and Michelle Obama had made a deal with Netflix to produce programming.

Putting the political and resultant protest issues aside for a moment, the deal represents a new direction for former occupants of the White House -- setting themselves up as content producers for the nation's best-known streaming service (although neither Obama has any experience producing video content, as far as I can recall).

The press release that came out of Netflix on Monday was headlined: “Netflix Forming Storytelling Partnership With Barack and Michelle Obama.”

In the context of this news release -- and seemingly hundreds of others I have received in the last few years -- the word “storytelling” is a sign of BS. Or at the very least, the word has become so overused in the jargon of p.r.-speak that it has become clichéd and meaningless.

The release said the Obamas “have entered into a multi-year agreement to produce films and series with Netflix. The Obamas will produce a diverse mix of content, including the potential for scripted series, unscripted series, docuseries, documentaries and features.”

Then there were prepared statements from each Obama incorporating words such as “partner” (as a verb), “share,” “curate,” “excited,” “exciting” and, of course, “storytelling,” as in “the power of storytelling” -- all examples of over-used p.r. jargon.

“One of the simple joys of our time in public service was getting to meet so many fascinating people from all walks of life, and to help them share their experiences with a wider audience,” the ex-president is quoted as saying. “That’s why Michelle and I are so excited to partner with Netflix -- we hope to cultivate and curate the talented, inspiring, creative voices who are able to promote greater empathy and understanding between peoples, and help them share their stories with the entire world.”

For her part, Michelle Obama is quoted as saying this: “Barack and I have always believed in the power of storytelling to inspire us, to make us think differently about the world around us, and to help us open our minds and hearts to others,” said Mrs. Obama. “We look forward to starting this exciting new partnership [with Netflix].”

Netflix apparently felt they were making a deal with a couple whose popularity and likability would be universal and therefore a no-brainer. However, no sooner was the deal announced than hashtags such as #BoycottNetflix blossomed almost instantaneously. If you are a fan of angry tweets, prepare to be entertained.

“Did it yesterday,” tweeted Stormielady73 on Tuesday (an interesting Twitter handle given the notoriety of another Stormy these days). “Only thing that would bring me back are the real time videos of their trials for treason and sedition.”

“WE WILL NEVER SUPPORT ANY COMPANY THAT SUPPORTS TRAITORS AND OBAMA WAS, IS AND WILL GO DOWN IN HISTORY AS A TRAITOR,” raged JakeRage5 in all caps.

To be fair and balanced, there were some pro-Obama tweets too, posted to counteract the boycotters. But the sheer number of #BoycottNetflix tweets did seem to far outweigh the number of those that flew to Netflix's and the Obamas’ defense.

This Netflix-Obama deal revived memories of a story that circulated for a few weeks in the summer of 2002 that former President Bill Clinton was then in talks with a major syndicator/producer about hosting a daytime talk show.

This plan never went forward, possibly in part because daytime talk -- then as now -- was a swamp into which ex-presidents should never be tempted to wade.

But the viewers of daytime TV seem to like the swamp. That fact alone would have doomed a Bill Clinton talk show, assuming a Clinton show would have dealt with more serious topics and guests than the likes of “Maury” and “Jerry Springer.”

Cut to the present day and the Obamas are joining a roster of content on Netflix that encompasses practically everything under the sun. It is doubtful they will make more than a modest splash (if that) with their plans for producing programs about do-gooders.

People do not generally flock to do-gooder TV shows. The vast majority seem to prefer sex, violence, vulgarity, gore and anti-heroes over heroes when making their content-viewing selections. It is doubtful that content with any of those elements will emanate from this new Obama-Netflix storytelling partnership.