2018 EFFIE Award Preview: Up Your Game

As a sneak peek at the 2018 North American Effie Awards, MediaPost and Effie Worldwide have once again collaborated to showcase some of the winning cases that will be awarded gold, silver or bronze Effies at the gala on May 31. This series focuses on learning and best practices from the media-focused categories. Effie Awards are known by advertisers and agencies globally as the pre-eminent award in the marketing industry and recognize any and all forms of communication that contribute to a brand's success. 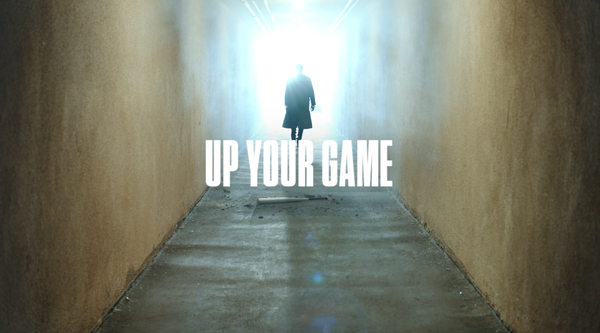 Title: Up Your Game

In 2007, Bleacher Report was founded by rabid sports fans for other rabid sports fans. It filled critical gaps in coverage of their favorite local sports teams that the big TV networks missed, functioning as a crucial companion to the major network sports diet of the hardcore sports fan. However, by 2017, the sports landscape had undergone a tectonic shift. A new generation of fans with different viewing habits and more diverse interests were changing the way sports were watched. Young fans weren’t tuning into full games anymore, instead preferring to consume sports in bite-sized, mobile app-friendly formats. They considered sport to be just one of a number of passion points in their lives — part of an interconnected world of fashion, music, and entertainment.

Bleacher Report was presented an opportunity. With the gap between TV coverage and young sports fans’ interests wider than ever, how could B/R win over this young sports fan, and become the sports media outlet for them? With a brand new app relaunch on the horizon, B/R needed to land their platform in a way that connected with this new fan, driving regular usage of the new app, and cementing B/R’s authority as the go-to destination for this new fan.

While fans of the past based their sports fandom on allegiances to their favorite teams, our research showed that these new fans based their sports fandom on the culture around athletes and sports. The cultural influence of sports went well beyond athletics, influencing their fashion, music, political, and social choices. Sports culture is not a by-product of a fan’s interest in sports. It is what motivates modern fans to engage with sports, feeding their fandom and enjoyment of the game.

The Resulting Approach: Bleacher Report could be their source for off-the-court culture as a fuel to on-the-court passion, understanding that you have to get the culture to get the game.

Rather than simply telling our audience that B/R is a credible destination for sports culture, we had to prove it. In all of our communications, we used current, inside references that true followers of sports culture could appreciate, acting as a calling card to the new culturally driven fan.

The campaign boldly announced B/R’s new platform, while establishing cultural credit with the younger audience. With references to the NFL’s “No Fun League” moniker, the “cupcake” beef between Russell Westbrook and Kevin Durant, and the infamous Allen Iverson “practice” rant, the launch film and support campaign referenced sports cultural moments that our target fans would immediately get, and other fans would still be intrigued by. These Easter egg references were the small bits of culture that drove this new sense of sports fandom.

The results showed lifts across the board, in awareness, app downloads, and regular app users. Most importantly, though, B/R solidified its place as the sports media outlet that understood the culture around sports, catering to the new fan, and staking its place amongst the new sports media landscape.