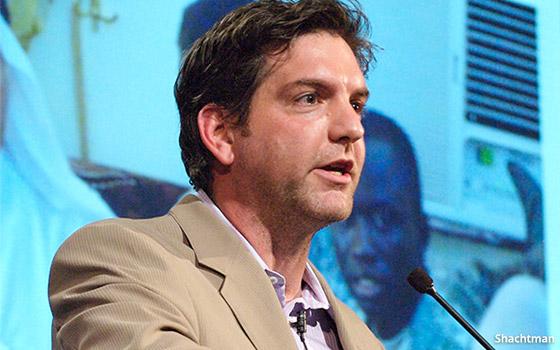 Noah Shachtman, former executive editor of The Daily Beast, is now the site's editor in chief. He succeeds John Avlon, who will join CNN as senior political analyst and anchor starting June 25.

Shachtman, who is The Daily Beast's third top editor since its inception in 2008, has served as executive editor of the site since 2014. He notably led its Russia-Trump coverage -- which revealed many of the activities of Kremlin propagandists later indicted by special counsel Robert Mueller, according to Heather Dietrick, CEO of The Daily Beast.

He was also the “driving force” behind The Daily Beast's expansion into new verticals, such as the new Science channel launched last fall and the introduction of its section this week.

Visits to The Daily Beastin April were up 65% year-over-year, according to comScore data cited by the company.

In a memo to staff sent today, Shachtman described The Daily Beast as “street smart, not fusty. Omnivorous and idiosyncratic in our tastes. Worldly, naughty, and always hustling.”

He added that the site's style of journalism is “the kind… that can't wait to take a side, throw a punch, and go out for a drink when the fight’s done.”

Going forward, The Daily Beast will push into audio, visual and data-first storytelling, Shachtman wrote. It will also expand its breaking news offerings and newsletter products.

“We'll move into serialized, non-fiction narratives — epic adventures, real-life mysteries, and more unforgettable stories from some of the top writers around,” he added.

Avlon has been at The Daily Beast for 10 years. He is working on his next book, "Lincoln's Farewell."

Tina Brown, who was the first editor of The Daily Beast, stepped down in the fall of 2013.