Sadoun And His Team On What Drives Marcel 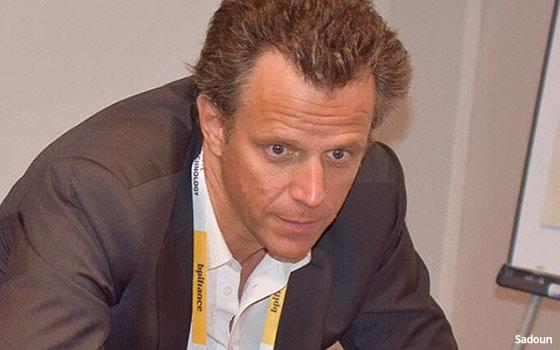 A few hours after Arthur Sadoun officially unveiled the AI-driven Marcel, Sadoun sat down with MediaPost to discuss how this platform will transform his company into an agency of the future.

Marcel is designed to serve as a competitive advantage by redefining the Groupe based on what clients need today.

While there is buzz over the new "cagency" (consultant-agency) model, Sadoun isn't worried about these agencies on steroids. He sees them as coming from a different starting point to meet holding companies in a sort of middle ground, where the Groupe has an advantage by adding technology, as compared for example to consulting rival Accenture, which is bolting on creative abilities.

To that end, Sadoun isn't surprised by this week's announcement that Accenture Interactive is investing in its own in-house programmatic arm as it seeks to gain ground among traditional holding companies. However, he notes it's a lot harder than it looks to evoke emotional value for client projects than to incorporate technology.  "I say [to consulting shops] good luck," says Sadoun.

Morgan Stanley's warning Wednesday that holding companies look to be losing market share in media spending also doesn't surprise Sadoun. He asserts that financial analysts base their outlooks on previous history and what they think holding companies are doing wrong. They are downgrading based on their own set of assumed facts, but Publicis' future is based on "new facts," specifically its transformation, like Marcel, he says.

After working 24-7 to meet the project's 12 month deadline, Publicis is optimistic about Marcel's potential.  There is a method behind all — or nearly all — Marcel developments.

For instance, employees receive six personalized cards of internal information per day based on the insight that engagement drops after six seconds, says chief talent officer Emmanual Andre, which is probably why six-second ads have become a popular format.

Marcel is also proactively battling unconscious bias. The platform will introduce the "Anonymous Plus One" initiative that seeks anonymous casting by asking for an additional recommendation of "someone they are so wrong, they are right," says EVP, chief digital officer, Publicis, NA Dawn Winchester.

Importantly, Marcel will help Publicis increase its talent diversity both internally and externally. We have always been about the freaks, explaining that non-traditional candidates have always been welcome, says the Groupe's chief creative officer Nick Law, pointing out that he doesn't even have a college degree. Now, thanks to Marcel, the Groupe's diversity will specifically expand beyond the obvious perimeters to seek as many non-traditional candidates as possible.

"Diversity has so many flavors. There are so many stories," says Groupe's chief strategy officer Carla Serrano, though she points out Marcel's hiring algorithm also blinds age, surname and gender to ensure equal opportunity.

Marcel's alpha launch kicked off with 100 testers which will be expanded to the 1,000 M Team later this year. These individuals were invited by the Groupe's 130 different agencies who were tasked with selecting 13% of their respective workforces proportionately representative of talent level and geography, among other factors. Then, in January 2019, the Groupe intends to start rolling out Marcel to 80% of its entire 80,000 workforce within 18 months.