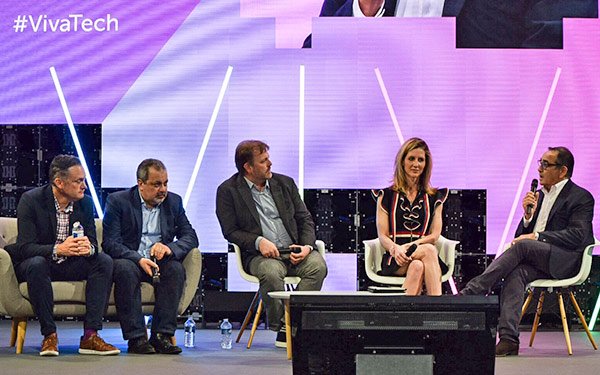 There is an on-going conversation within the ad world that tends to start with "Don't tell my agency but..," says MediaLink's Michael Kassan during a panel discussion at VivaTech 18 with Deloitte Digital's Alicia Hatch, CNN's Brandon Keenan, Kellogg's Clive Sirkin, and Business Insider's Pete Spande.

Kassan finds most of these chats dive into bringing marketing services in-house.

Kellogg's Sirkin agrees that the agency-brand relationship is complicated. An over-focus on maximizing profits has left both clients and agencies "racing to zero," he says. "We have conspired to rip out value of the industry, and we are equally accountable."

Scrambling agencies now run the risk of playing to that problem and not solving the larger issues.

“If you think it is only about pricing, you are going to lower the cost to land the account, when the broader issue has to do with something else,” Sirkin says. "We have to have a conversation to fix it."

That said, Kellogg's, for its part, has expanded relationships with consultants "because we see value."

Deloitte Digital's Hatch is one beneficiary of this changing landscape because "agencies are built in a world moving much more slowly. The breakdown of trust is real."

The transformation of management consulting firms into full-service agencies provides extra value because they have "audited relationships," Hatch says. "Our advantage is deeper," she adds, asserting that consultants are better at adapting and embracing change. "We are not committed to one model."

Business Insider's Spande's "don't tell the agency" discussions typically center around a desire to integrate elements that agencies may not touch. Agencies are built around standard units, like 30-second ads, and platforms like Business Insider are talking about nontraditional media, including contextual data, that aren't standards, he says.

"We share clients with agencies, but we are often the integrator for large programs," Spande says. However, he finds that often, marketers don't "come to us looking for content, but are looking for us to put our stamp on what they want to say."