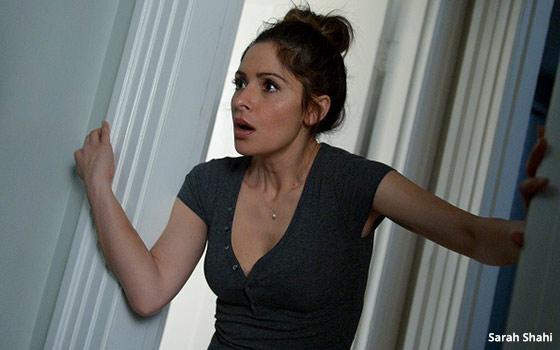 In the first new scripted drama series of the network TV summer season, NBC becomes the latest network to take on aspects of our modern world that have emerged recently as hot topics for TV.

Artificial intelligence, supercomputers, surveillance, virtual reality, personal communications that have become impersonal, and of course, social media and its pitfalls are all ripe for examination in the new series called “Reverie” premiering Wednesday night.

This is one of these TV shows that requires so much exposition that great chunks of the series’ pilot (the episode to be aired on Wednesday) are taken up with some of the show's resident geniuses explaining the technology and its implications.

This is necessary because this technology and its unintended consequences underpin the entire show. Unfortunately, in my self-appointed role as Everyman in these TV reviews, I have to admit that a great deal of this exposition flew right over my head.

It is less an intelligence problem than an attention issue. I tend to glaze over when TV characters start to talk excitedly about these technological breakthroughs. When all is said and done, it just might be that I do not share their enthusiasm.

In “Reverie,” the technology has something to do with a technique aimed at relieving people of depressions that accompany great personal tragedy. The technology, either injected or implanted (I think), allows the user to replace that tragic memory with a memory of the best moment (or moments) of their lives.

In the show, this is made possible by a computer database that mines a patient's social media footprint going back years.

The computer is then able to sift through the data to come to a conclusion about which of the life moments being celebrated on Instagram and Facebook (which are not named) was the person's best memory out of all of them.

Lately, however, this technology has been backfiring as some of its users slip into comas where they are able to access their best memories and relive them vividly in virtual reality. These memories are apparently so pleasant that the patients prefer to remain comatose.

The longer they remain comatose, however, the greater their chances of dying. So to pull them back to non-virtual reality and out of their comas, this tech company recruits a hostage negotiator (played by Sarah Shahi, pictured above).

Hostage negotiations are her stock in trade, but more generally, she is some sort of expert in personal communications. In fact, she is such a genius and such an expert that a habitual TV watcher might wonder why this character is on NBC and not on CBS, where these kinds of geniuses abound.

In “Reverie,” the negotiator is injected with the same technology, giving her the ability to appear in a patient's comatose reverie, where she then tries to persuade him or her to return to the real world.

Despite the fact that new technological wonders seem to appear in our own world every couple of days or so, the scenario in “Reverie,” in which one is able to pay a visit to the comatose dreams or memories of someone else, feels farfetched.

So does the pilot episode's requisite “negotiation” with a comatose man who is mourning the death of his wife in a car crash while he was driving.

Oh, and I almost forgot: The negotiator once watched her own brother-in-law shoot her sister to death and then shoot himself in the head -- a “negotiation” that apparently did not end well.

Meanwhile, the summer season is here (if not officially, then at least in name), and a new NBC drama is offering us this chilling vision of the future (if not the present) -- which includes seeing a man press a pistol to his head and pull the trigger.

And I ask once again, with the same futility that always accompanies this question: Where, pray tell, is the entertainment value in that?

“Reverie” premieres Wednesday night (May 30) at 10 Eastern in NBC.