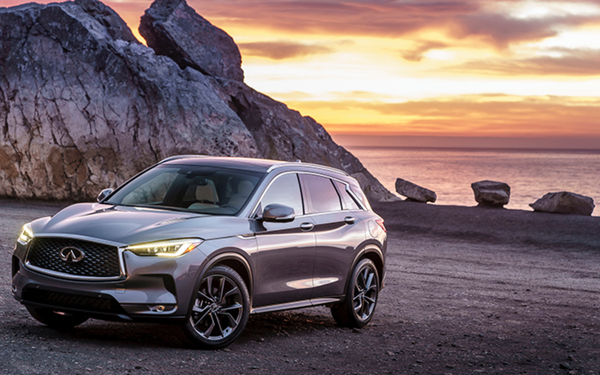 Infiniti is partnering with the Explorers Club Hong Kong Chapter on a historic expedition.

The journey, which starts Tuesday in the Gobi Desert, will retrace the 1920 route of archaeologist Roy Chapman Andrews, who discovered fossilized dinosaur eggs with the help of motorized vehicles, the first time they were used on such an expedition.

Using a fleet of Infiniti SUVs, combined with Drone LiDar technology, the team -- comprised of paleontologists, archaeologists and geologists -- will survey an area which was previously impossible to cover efficiently. The Drone LiDar will aid the team’s search for specific geological markers. The team expects to find a trove of new sites that can be unearthed over the next decades.

Infiniti has a 30-year history of technological firsts, pushing boundaries and empowering people to find their next frontier. Like The Explorers Club, Infiniti is insatiably curious, technologically forward and pushes beyond existing boundaries in pursuit of new discoveries like the VC-Turbo, the company says.

During the 20-day expedition, a 35-person team will traverse more than 1,000 miles of Gobi terrain in Infiniti SUVs, including the all-new 2019 QX50. They will follow much of Andrews’ 1920s routes, including The Flaming Cliffs, where Andrews made his first discoveries; the town of Anda, an important site for dinosaur fossils; and chart new terrain inaccessible to Andrews’ original expeditions.

Andrews’ expedition was one of the first to carry the Expedition Flag for The Explorers Club, one of only 202 flags that the club loans out to expeditions that hold the promise of making new scientific discoveries. Flags have since been carried to summit of Mt. Everest, to the deepest point of the ocean, the Challenger Deep in the Marianna trench, and to the surface of the moon. Following in these footsteps, the Gobi team has been awarded the honor of carrying The Explorers Club Flag #179 on their expedition.

The expedition supports the Institute of Paleontology and Geology Mongolian Academy of Sciences, which catalogs and interprets the archaeological and geological significance of the area. This is one of the first major expeditions in the Gobi to rely on the scientific leadership of an all-Mongolian paleontology team.

The team will document every step of its journey, sharing video footage and photography once the expedition is complete. Consumers can follow updates on The Explorers Club Hong Kong Chapter and Infiniti Motor Company social media channels.