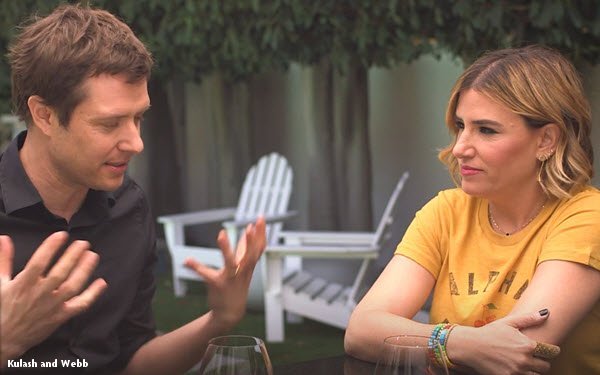 As part of its first digitally led national campaign, Gallo’s Dark Horse Wine has teamed with FastCo Works on a video series featuring conversations between successful entrepreneurs and artists from disparate worlds.

The overall campaign, “Never Underestimate a Dark Horse,” created with ACE Content, launched in March, with a “manifesto” video.

The message: "At Dark Horse Wine, we recognize that at some point, we’ve all been underestimated. Instead of caving under pressure, we celebrate those who dare to dream, act boldly, question convention and support their own,” Stephanie Gallo, vice president of marketing, E. & J. Gallo Winery, sums up to Marketing Daily.

The “Dreamers and Doers” custom sponsored campaign with FastCo Works, Fast Company's content studio, takes that message to entrepreneurs across industries and creative disciplines through four sit-downs between business and creative up-and-comers. The strangers chat informally and amiably — over glasses of Dark Horse Wine — about how they overcame challenges and long odds to achieve their dreams. They also exhibit considerable curiosity about one another’s industries, and journeys.

Each two-minutes-plus video and its accompanying article is hosted on FastCompany.com, clearly marked as sponsored content.

The first episode, which debuted in April, features Ambert Venz Box, co-founder and president of rewardStyle, an ecommerce site that lets fashion influencers monetize their expertise, and Sallie Krawcheck, co-founder and CEO of Ellevest, a personal finance and investment platform for women.

The third, to post at the end of this month, pairs Justin Woolverton, who gave up his career as an attorney to found phenomenally successful Halo Top Ice Cream, and country music singer/songwriter Devin Dawson, whose YouTube duet mash-up of Taylor Swift songs has garnered 35 million views (and whose first album is titled “Dark Horse”). The fourth pairing is still being determined.

To date, the first two videos’ performance “has been three times our standard benchmarks for engagement, with younger Millennials — a specific target — engaging the highest,” according to Fast Company publisher Amanda Smith. That’s off a high expectations base: FastCo Works’s video-driven campaigns have uniformly drawn strong total views and engagement metrics, with unusually high percentages of users watching the full videos, she says.

“We are continually deepening the experience on our Dark Horse social channels and will use these platforms to bring the series to life throughout the partnership, allowing our consumers to follow the stories,” adds Gallo, noting that this is the brand’s first sponsored-content video series. “Ultimately, we expect to see a significant amount of impressions and hope to drive engagement with Dark Horse fans everywhere."

The unexpected, eclectic pairings of highly successful people apparently have drawing power, but bringing together people like a rock star and a beauty executive also involves an element of risk. “Up to now, we haven’t done a series with such an unknown element at the heart of it,” says Smith. “We don’t know how they’ll interact, or exactly what we’ll get in each video, until we shoot it.

“It sounds easy, but it’s actually quite hard,” she adds. “You have to understand your audience in an in-depth way to know what will resonate with them. And you need experienced journalists producing those stories.”

“Doers and Dreamers” also includes Dark Horse’s first print ads, in the March and October issues of Fast Company, and official sponsorship of FC’s 2018 Innovation Festival and “Behind the Issue” party in October.

Gallo launched the moderately priced (approximately $10) Dark Horse label, which includes cabernet sauvignon, a chardonnay, a merlot and a red blend, in 2014. In its first year, even with its distribution limited to Trader Joe’s nationwide and liquor stores in 12 states, it sold 50,000 cases, according to Shanken News Daily. Distribution was significantly expanded starting in 2015.