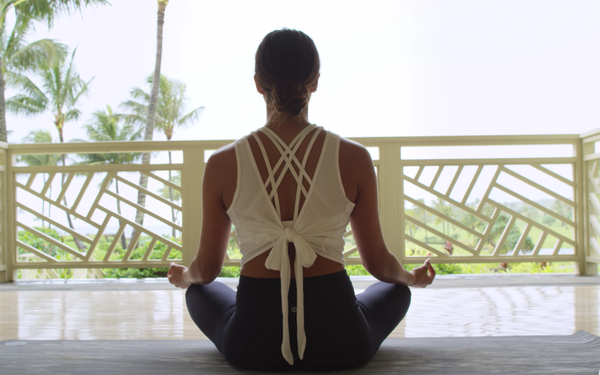 While other activewear brands are getting pounded, Lululemon Athletica is flexing its spandex superpowers, posting blistering gains for the first quarter of its fiscal year. Crediting its digital marketing, innovative product launches and its expanding men’s line, the Vancouver, Canada-based company says its revenues shot up 25% to $649.7 million, with comparable-store sales 8%.

And net income more than doubled, rising to $75.2 million, from $31.2 million in the same period a year ago. And its e-commerce sales soared 60%, with more than 50% of transactions from existing customers. The results were so strong that it raised its financial forecasts for the full year.

“All key indicators — categories, channels, geographies — are very positive,” says Glenn Murphy, executive chairman of the board, in a conference call webcast for investors. He adds that market share gains in stores and in e-commerce prove that its growth strategies are on target. Murphy also says the company is making progress in its search for a CEO to replace Laurent Potdevin, who stepped down in February for workplace misconduct. “We have met with a number of candidates who are both qualified and interested, and are ready to take the search to the next level.”

Observers were impressed. In topping very high expectations, Michael Binetti, who follows the company for Credit Suisse, calls the results “astonishing” in his report. “Along with a strong innovation pipeline, strong new customer acquisition (+28%) and top-line momentum continuing into the second quarter, we have increased confidence,” he writes.

Lululemon’s strong results are especially impressive, given the struggles many other activewear brands are facing. In his new report on activewear sales in the United States, Matt Powell, NPD’s senior vice president and sports industry analyst, writes that from February through April sales were “essentially flat, as the proliferation of fashion brands emulating performance wear continues to take its toll.”

Women’s activewear sales dropped in the low single-digits, dragged down by weak performances in active bottoms and bras. Kids’ activewear also came in flat, while sales in men’s gained.

Taken together, retailers’ private brands are again the largest “brand,” with sales jumping 20%.

By brand, Adidas’ activewear soared 40%, Nike showed an increase in the mid-single digits, with Under Armour declining in the low teens. Among smaller brands, Patagonia was a standout, with sales up about a half, while Columbia slipped.