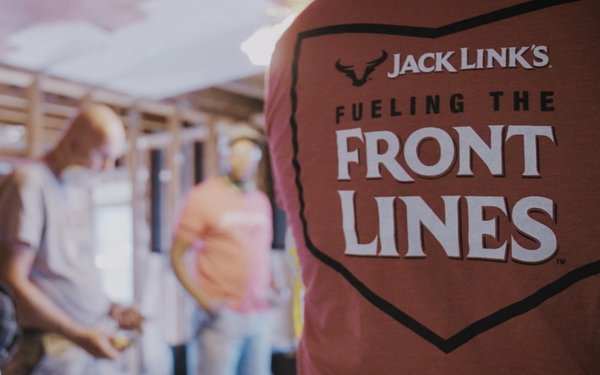 Jack Link’s has debuted its new “Fueling The Front Lines” marketing campaign, a cause-related effort that hooks up with Team Rubicon and its mission of ongoing disaster relief for areas that have suffered catastrophic events but are no longer in the headlines.

The campaign includes in-store retail activations (from Integer), a national TV spot (from Tongal), social media support, PR and a custom website where consumers can donate to support Team Rubicon. You can view the 30-second TV spot here.

Over the next couple of weeks, company staffers will complete service projects, create awareness and raise funds for Team Rubicon, and its mission of ongoing disaster relief.

In addition to donating via the new website, Jack Link’s fans can support Team Rubicon by participating in a text-to-give component of the campaign, with details provided on specially marked packages of Jack Link’s protein snacks. Each text will trigger a $2 donation to relief organization.