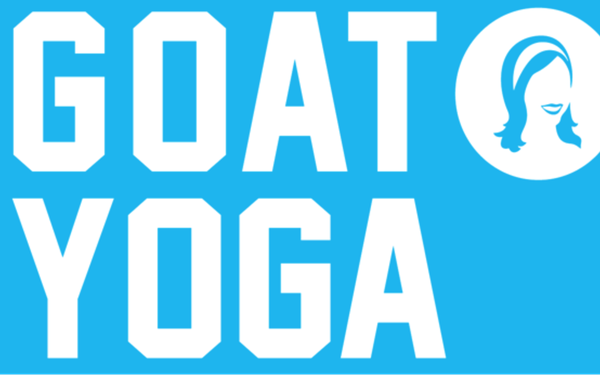 Progressive Insurance is bringing a little zen to the NBA Finals with a nod to the ongoing debate around who is the GOAT, or Greatest Of All Time.

The insurance company is hosting Goat Yoga live in its hometown of Cleveland in the lead-up to Game 3. Progressive is headquartered in Mayfield Village, Ohip, a 20-minute drive from Quicken Loans Arena in downtown Cleveland.

Inspired by Flo, the company’s own GOAT, Progressive is inviting Cleveland fans for one of four morning sessions from 7-9 a.m. or four sessions Wednesday evening before tipoff from 5-7 p.m., all of which will be open to the public.

Each session is 20 minutes, giving participants time to de-stress, interact with the goats, and snap a few pics before/after the session.

Progressive is linking a sweepstakes to the promotion. One participant will be chosen at random to receive two tickets to game three, valued at $1,850.

Prospective yogis can sign up online, but as of Tuesday evening, all sessions are full. Fans are still welcome to stop by to see the goats and register for a chance to win tickets to Game 3 of the Finals. One random winner will be drawn at 7 p.m.

This isn’t Progressive’s first venture into creative NBA linkups. The company enlisted LeBron James as a spokesman in 2014 and created the character FloBron, a mashup between Flo and James.