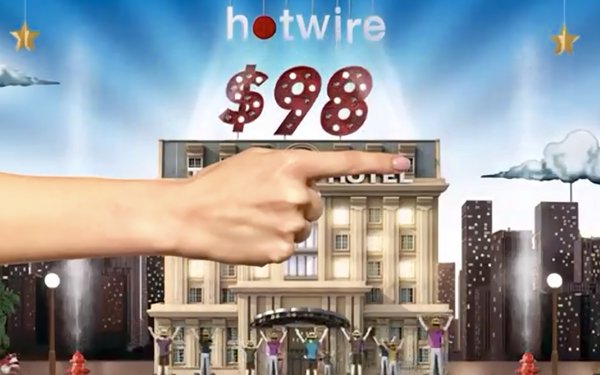 FCB West is rolling out its first campaign for travel website Hotwire since winning the account in April.

This new “The Hotwire Effect: XL Sale” campaign aligns with Hotwire’s biggest sale of the year promoting the platform's 10-day promotion during the 4th of July holiday.

The creative features the brand’s signature jingle and various travel scenarios where high hotel prices are slashed while a giant finger masks the hotel name.

The three 15-second commercials appear on NBC, ABC, Comedy Central, ESPN, CBS and HGTV, and can also be seen via Hotwire’s YouTube channel.