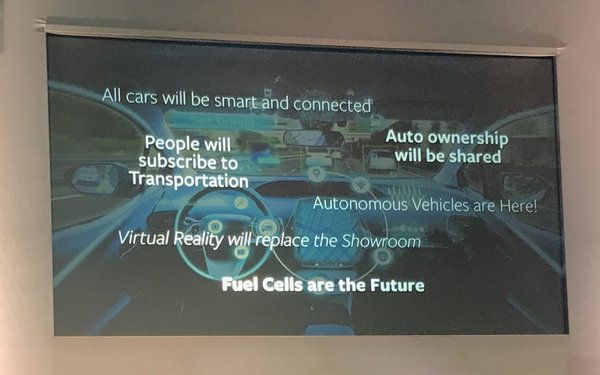 The auto category continues to face many technological changes. But amidst the chaos there exists opportunities for automakers to forge trust-based relationships with consumers.

This was was the overarching theme of the sixth annual Facebook Auto Summit, held Wednesday in downtown Detroit and attended by about 450 execs from the automakers and their agencies.

Of course, part of it was a sales pitch from Facebook execs encouraging more usage of its various platforms. To prompt consideration, Facebook shared some impressive results from earlier efforts from Honda and Ford.

For the launch of the Honda Fit, the brand shot its creative purposefully in vertical format, building for Instagram Stories. Campaign creative was also native to the platform, with the use of emojis. As one of the brand's first IG Stories campaigns, Honda saw great success with 16 points lift in ad awareness, 2.5 lift in brand favorability

Lundvigsen said the agency came up with the approach after playing around with Facebook’s Canvas platform.

“We actually tell brands to play more,” Lee says. “We are in many ways inventing and building the future. We give some suggestions but ideally, we need brands to actively engage and play with the platforms.”

Ludvigsen says there is a healthy give and take between the agency and Facebook and other social media sites.

“We try to come up with different hacks and then take them to Facebook and ask f there’s a way they can help make it happen,” he says.

Facebook used the event to reveal details of its latest report, “The Facebook IQ Guide to Car Buyers and Enthusiasts.” Presented by Kim Stonehouse, industry manager for auto, Facebook, the statistics paint a picture of the typical vehicle buying experience.

Auto intenders are primarily younger than 45 and the male/female split if 50/50. However, men and women drive the conversation differently.