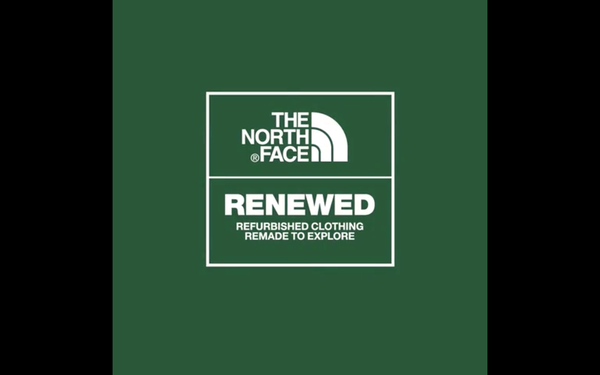 The North Face, looking to increase its environmental cred in the outdoor adventure category, is testing the North Face Renewed, a collection of refurbished clothing. Like rival Patagonia, which has sold and promoted used clothing for years, the effort is an attempt to keep textiles out of landfills and raise consumer awareness about the complex impact fashion has on the environment.

“Every year, 85% of textiles produced ends up in landfills,” the North Face says in announcing the recommerce venture, citing the Environmental Protection Agency. “Clothing. Shoes. Gear. Wasted, without a second thought. But it doesn’t have to be this way. We can shift from a traditional, linear model to a circular model where people share, resell, repair and recycle clothing to keep them out of landfills and in the value chain.”

The North Face, owned by VF Corp., says it sends returned, defective or used clothes to the Renewal Workshop, its partner in the venture, which will wash it, return it “to its original badassery,” then inspect and send it back into the world.

"We take a holistic approach to sustainability," says James Rogers, director of sustainability at the North Face, in its announcement. "As we address the impacts of our products over their entire lifecycle, recommerce is an important next step in opening new markets and minimizing our impact on the planet. We are furthering our sustainability goals without sacrificing durability or technical standards. Ultimately, as we work to scale Renewed, we will be proving a larger, circular model for the industry."

Sustainability continues to be overwhelmingly complex for apparel brands. Besides manufacturing problems, including toxins and widespread labor abuses, the growing mountains of used clothing are reaching crisis level. Worldwide demand for used clothing is declining, and only an estimated 10 to 20% of donated clothes is ever sold. The average American buys about five times more clothing than back in the 1980s, according to industry estimates, which means we discard about 70 pounds of clothes every year.

Patagonia has been educating consumers about these problem since 2011, when it shook up the marketing world with its “Don’t Buy This Jacket” ad back in 2011, the same year it launched the Common Threads store with EBay. And it introduced its Wornwear.com last year.

VF Corp., which also owns Timberland, Vans, Wrangler and Lee, has been working hard to step up its sustainability game. Late last year, it introduced “Made for Change,” a new circular business model it hopes will reduce its global environmental footprint by 50% by 2030, and improve the lives of one million garment workers by 2025. It cited clothing and equipment rental and recommerce as part of those solutions.