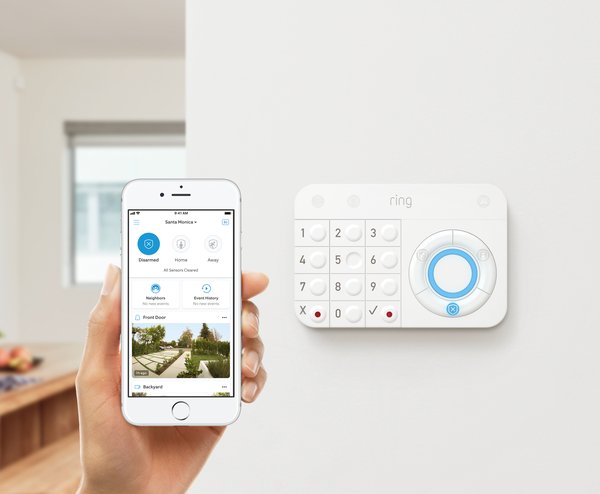 Ring, the home security system Amazon acquired in February, is pre-selling its new Ring Alarm for $199 and offering “professional monitoring” for $10 a month. That service is optional, but heavily pitched in Ring’s introductory video. It includes lifetime cloud storage for Ring’s separate video products that include a security doorbell and floodlights.

The new alarm is priced relatively on the low end compared to others in the market and is designed so a homeowner can easily set it up on their own. It also is another foot in the door for Amazon, which already has Alexa standing by.

Homeowners who arguably have the most to lose — people with large homes — are the least likely to trust a seemingly too-simple security system, reasoned Preston Kendig, writing with tips for home security firms trying to compete with DIYers on Webstrategies.com. Households headed by younger people may, literally, have less to lose, but as they age and become parents, they are a prime market for DIYs like Ring, Honeywell, Nest and others because they are already at home with technology.

The estimated size of the home security market seems fungible, but one research company says it will be about a $47 billion business by 2020. In 2015, Citi research said big security firms like ADT and other providers like cable companies controlled almost the entire market and do-it-yourself systems occupied just 2.3%  But Citi said that, by concentrating on consumers 45 years old or younger, DIYs will control a 34% share by 2020.