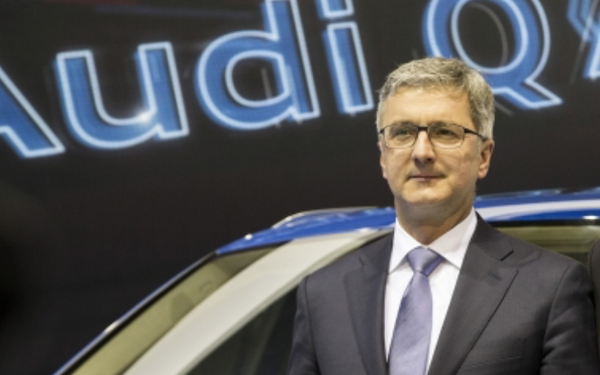 Volkswagen AG was unable to agree on a new leader for its Audi unit after a lengthy meeting Monday, Bloomberg reports.

Stadler is the most senior company official to be detained so far since Volkswagen admitted in September 2015 to using illegal software to rig U.S. emissions tests on diesel engines. The probe was widened into Audi earlier this month.

Munich prosecutors said Stadler was being held due to fears he might hinder their investigation into the scandal, according to Reuters. The 55-year-old was arrested at his home in Ingolstadt in the early hours on Monday, they said.

Sister company Volkswagen experienced serious declines in brand reputation after the emissions scandal broke, and Audi could face a similar fate depending on what the investigation uncovers.

VW has been working diligently at rebuilding its brand and 2017 showed some promise. The automaker logged record global sales topping 10 million and pushing it past Japanese rival Toyota to become the world’s largest automaker. In the U.S., sales rose 5% for the year. However, the brand sold barely half as many vehicles as it did at its peak, back in the 1960s and 1970s.

It is the toxic culture at VW and Audi that is at fault for “Dieselgate,” said David Kiley, author of Getting the Bugs Out: The Rise, Fall and Comeback of VW in America (John Wiley 2001) who is working on a new book about Volkswagen.

However, he is optimistic about the brand’s future.

“The buying public doesn't seem to care all that much about corporate scandals when it comes to brand loyalty,” Kiley says. “And customers who do defect can be replaced with others who are attracted to good deals, or who aren’t even aware of the scandal.”