Snap Shows Off Its Creative Side At Cannes 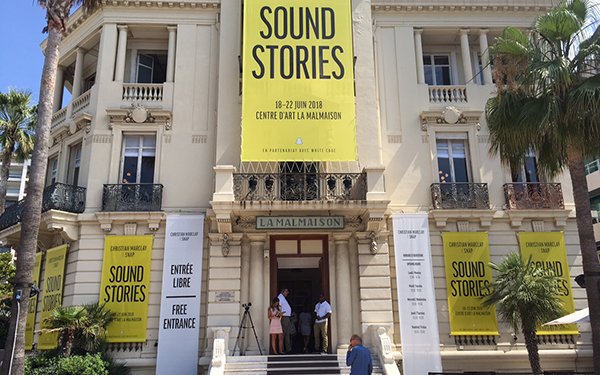 Snap is attempting to top last year's Ferris wheel at the Cannes Lions Festival of Creativity by working with visual artist Christian Marclay to transform the Centre D'Art La Malmaison into an immersive audio-visual installation.

The installation is intended to be a nod the three billion snippets of content produced daily by Snapchat users.

In partnership with White Cube, the installation “Snap Stories” is rooted in the sampling aesthetic fundamental to Marclay's work, best known for The Clock that uses a different clip per second over 24 hours to collectively form a narrative for an entire day.

The experience recontextualizes publicly submitted Snaps into five rooms that all play off the concept of sound. (Visitors must be careful walking as one guest walked straight into a wall).

The first room — “All Together” — features over 400 Snaps personally sequenced by Marclay to create a 4:30 minute orchestra of everyday moments, like walking and eating. The display of 10 iPhones loop seamlessly, designed to "sonic composition."

“Tinsel Loop” features two large flat screens that play a composition created by Marclay that assumed the sounds of millions of Snaps to then match each musical note. As the tune repeats itself, a new series of Snaps are used, ensuring each play is completely different than the last.

“The Organ” invites guests to play an interactive keyboard where Snaps are organized by the pitch of their audio. Each musical note played matches with an associated image that flashes on a large projection screen. Hence, “Three Blind Mice” turns into a visual symphony of Snaps.

“Talk To Me/Sing To Me” suspends 42 iPhones and uses an algorithm developed by Snap engineers that analyzes the voices in a room and responds by mimicking them. Singing Happy Birthday results in a cacophony of sonically-similar responses.

Lastly, “Sound Tracks” serves as a meditation room that uses the Snapchat app "Turtle Mode" to slow down videos of everyday activities into sounds reminiscent of horror films. Squeeze a toy, for example, and it emits a moaning sound.

The free exhibit is open through June 22.