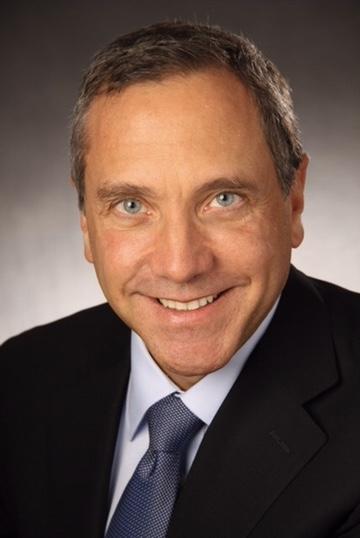 Bill Borrelle has been named senior vice president and CMO, responsible for marketing at Pitney Bowes worldwide. He replaces Abby F. Kohnstamm, who is retiring July 1.

Borrelle joined the Stamford, Conn.-based company in 2013 and leads its digital channel, where he is responsible for improving the client experience and driving sales.

In addition, he oversees the Pitney Bowes’ brand strategy, digital marketing, and marketing analytics, and has led numerous marketing disciplines throughout his career.

Before joining Pitney Bowes, Borrelle was the CEO of New York, a full-service advertising agency, for eight years.

During her tenure, Kohnstamm built a globally integrated marketing and communications function and created a new brand strategy, identity and architecture that repositioned Pitney Bowes as a technology company and leader in enabling modern commerce.

In 2015, Kohnstamm led the development and launch of “Craftsman of Commerce,” the company’s first advertising and digital marketing campaign in more than 20 years. In addition, she revitalized demand generation, social media, and the product launch process. Most recently, Kohnstamm created a new digital ecosystem on pitneybowes.com by moving from disparate global web sites onto one content-rich and service-oriented platform to fuel ecommerce, drive revenue and improve client service.

Joining her in retirement is Michael Monahan, executive vice president and COO, as of July 9. There are no plans to replace him.

Monahan joined Pitney Bowes in 1988 and held numerous leadership positions throughout the company with increasing responsibilities. In 2015, Monahan was appointed chief operating officer, where he spearheaded the implementation of the company’s enterprise business platform — the most significant transformational project in the past two decades — and led the strategy and growth plans for the Pitney Bowes Commerce Cloud and Pitney Bowes Global Financial Services, the company’s financing, payments and leasing business.

In this role, he also was responsible for overseeing the company’s corporate development initiatives including the acquisition of Newgistics and, most recently, the divestiture of the company’s production mail business. Prior to that, Monahan served as CFO from 2008 to February 2017.

Pitney Bowes is a global technology company that provides commerce solutions in the areas of shipping and mailing, data, and ecommerce.