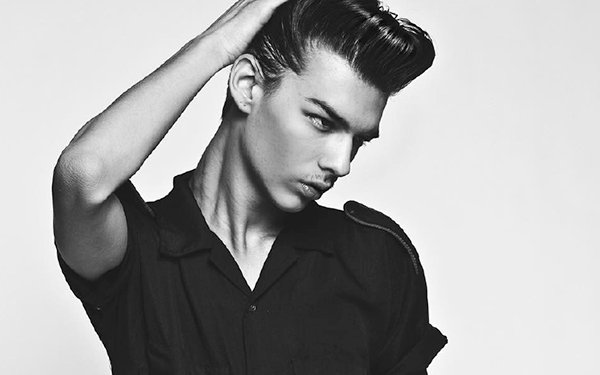 Today's culture is moving away from years of the same ideology of masculinity: Men getting rich, getting laid, according to futurist Faith Popcorn as part of her The End of Masculinity presentation at Monday's Cannes Lions Festival of Creativity.

That said, advertisers are slowly starting to embrace more realistic portrayals of men who are doing more housework and childcare, supporting their wives’ careers and coaching their daughters’ soccer teams.

But too many men are still portrayed as strong, stoic, powerful, and competitive, says Popcorn.
However, two advertisers — Axe/Lynx and Harry's — are leading the charge away from these cliches, serving as case studies for other brands seeking to market to men in ways that now more realistic.

“My plea to those of us in advertising and marketing is whenever you have the chance, break out of outdated act-tough stereotypes, says Rik Strubel, Global VP at Axe/Lynx. He recommends brands broaden the definition of masculinity and let men decide what kind of men they want to be. "They will thank you."

Creativity is vital and helps change the status quo and explore issues, he says. “Personally, I think having a laugh is a great way,” says Strubel. “Use irreverence and humor to unlock the conversation about masculinity. Guys will be happier, women will be happier, and your business will be better.”

For years, Axe/Lynx pushed the idea in its advertising that its brand directly helped the nerd land the beautiful sexy woman. Then Axe/Lynx realized the idea of dating conquest didn’t resonate anymore with today's younger consumer. “They said the dating game was about mutual connection – unique attributes that bring two people together, says Strubel.

Axe/Lynx then launched the “Find Your Own Magic” campaign during the Super Bowl in 2016 to show that each man has his "own special thing," like a talent or a certain look, that makes him attractive. The brand also threaded through more messaging about gender equality, such as showing the woman, not the man, driving the car. “Guys really appreciated this subtle messaging about this is a game of equals,” he says.

Next Axe/Lynx worked with Google to find out what guys wondered when they were alone, which led to the “Is it okay for guys to...?” campaign. “This was about pushing the definition of masculinity by opening the discussion. We don’t dictate, the brand doesn’t intervene,” says Strubel.

Looking forward, Axe/Lynx believes the emerging definition is individual, complex and relaxed. Guys want to explore what it means to be a man, develop a balance between traditional and new values, and make their own decisions about gender fluidity.

Likewise, shaving company Harry's and agency GSD&M ignited a conversation around masculinity with its "A Man Like You" short film where an alien comes to earth, meets a boy – who’s grappling with his father’s absence – and asks how to be a man.

“We’re always asking is marketing a mirror of what’s happening in the culture, or do we lead it?” said Jay Russell, chief creative officer, GSD&M. “We definitely lead,” he says. “People emulate what they see in ads, so we have a powerful responsibility to portray things as they should be.”

Russell adds, I think we’re all aware that this is a historic moment in time for culture – and there’s a movement happening. The film came together before Weinstein and everything else, and became part of the cultural conversation. Harry’s wants to change culture rather than just sell razors.”