Will This Be The Last Year For IPG's Global Women's Breakfast At Cannes? 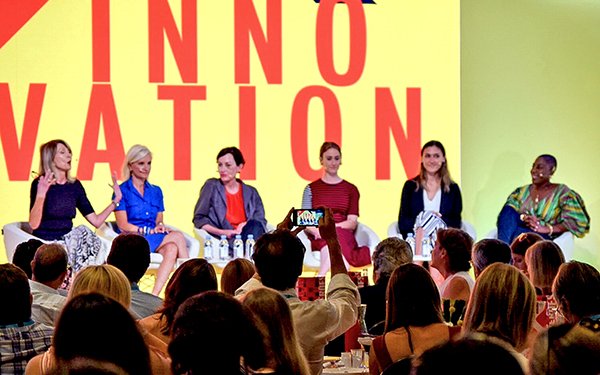 Interpublic hosted its annual Global Women's Breakfast at Cannes today and IPG chairman/CEO Michael Roth said he hopes this year is the last.

Hopefully, he explained there won't be a need for a women-specific forum at Cannes in the future. The holding company has been hosting the breakfast and discussion forum for the last eight years.

This year's event kicked off with U.S. Olympian Ibtihaj Muhammad discussing her journey, including how she migrated to fencing because wearing the gear made her religious beliefs (muslim), gender, and color invisible. Audiences saw her skills and power without judging her based on irrelevant issues such as the fact that she wears a hajib.

Next, a group of distinguished woman industry executives discussed how they used innovation to drive internal disruption at their companies.

Every Tuesday at Facebook, for instance, the network’s speed is reduced to 2G to sensitize staffers to how most people globally use its platform, said Carolyn Everson, vice president, global marketing solutions, at the social network. "Product development when you have the right empathy," she says.

Claudine Cheever, global general manager of marketing and advertising at Amazon spoke about how the company isn't trying to reinvent the wheel, per se. Rather they take old concepts and transform them into new categories. Alexa and Echo, to that end, came after founder Jeff Bezos instructed his team to build "something" after wondering what if you had the most powerful computer in the world.

Amazon also experimented with10-second social videos for Echo, using them in place of typical 30-second units. The trial was considered a success, says Cheever. Now, there are more than 250 of these smaller clips spanning across TV, social and digital. "You don't always have to invent something new," she says.

Attendees also heard from The New York Times' Meredith Kopit Levien and Jessica Bennett  in a discussion about gender and how "you can't be what you can't see."

The session ended with a conversation among activist Gloria Steinem and #MeToo activist Tarana Burke along with BBC's Zeinab Badawi about the progress, and lack thereof, of women both personally and professional.