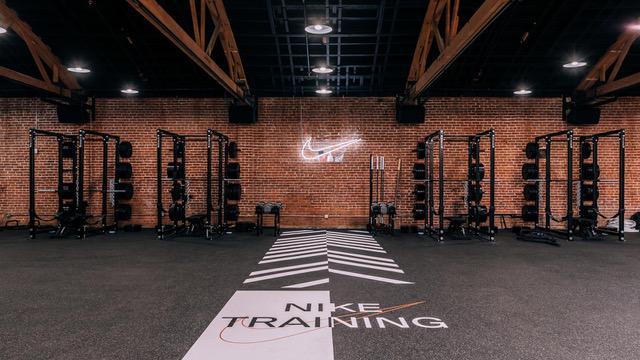 Hard to believe it’s been 30 years since Nike sent then-80-year-old Walt Stack trotting across the Golden Gate Bridge for its first “Just do it” ad, but it’s true. And the company is celebrating its long-running campaign with Just Do It Headquarters, a pop-up store and training facility in Los Angeles.

Nike is staffing the store with Nike athletes, including NFL player Jared Goff, snowboarder Chloe Kim, NBA player Kyle Kuzma and Brazilian skateboarder Leticia Bufoni, and using the facility to introduce customers to recovery technology, pre- and post-workout meals from professional chefs, and stocking the boutique with the latest Nike training gear. The Beaverton, Ore.-based company says it plans to keep Just Do It HQ open through mid-August.

To sign up, customers download Nike’s NTC app, then register. And for those who can’t travel to L.A., it’s offering new training-related content via its apps, including a free podcast called Trained, which it describes as a deep dive into holistic training methods, and NTC Pro, for fitness professionals looking for inspiration and advice, as well as discounts on some products.

Nike, which is scheduled to announce its latest quarterly results this week, has been struggling to get its North American sales groove back. Back in March, although sales in North America fell 6% overall, including an 8% dip in footwear and 9% drop in equipment, Nike executives said it was beginning to see “a significant reversal of trend in North America, as momentum accelerates through the scaling of new innovation platforms and differentiated Nike consumer experiences.”

Some experts expect that trend to continue. “We are bullish on Nike given our increased confidence in an inflection in margin and a return to growth in North America,” writes Christopher Svezia, an analyst who follows Nike for Wedbush Securities. He says he sees “real progress on several fronts from inventory management, product and engagement... . The cadence of new footwear styles are notably higher versus a year ago, and the pipeline embraces more retro and casual silhouettes.”

Nike is also showing both strength and stability in social media channels, especially Instagram, he says.