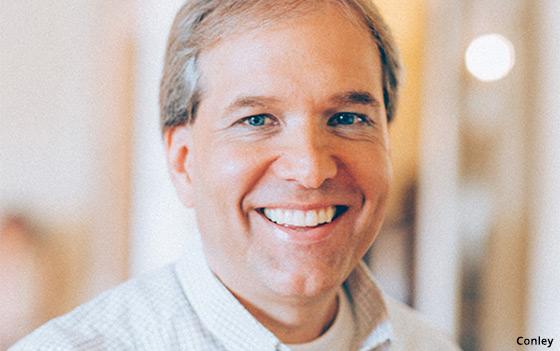 The video ad-tech firm Extreme Reach has tapped Tim Conley as its next CEO, the company will announce later this morning.

Conley, a co-founder of the company, stepped in to lead the company as president on an interim basis after the company’s then-CEO John Roland announced his intention to step down last October.

With his appointment as CEO, Conley is now working with the the rest of Extreme Reach’s executive team to develop and evolve the company’s long-term strategy.

“We have a lot of momentum right now, and a lot of opportunity in front of us,” Conley tells Digital News Daily. “Our challenge is going to be to discipline ourselves -- not to necessarily chase every opportunity, but tune in on the ones most important to our clients, to help them move through this always-changing ecosystem.”

Conley says the company hopes to expand its business on the supply side of the advertising ecosystem.

"We have an opportunity with all of the changes happening on the programmer side, where they are having to deal with all the different ways their content is being consumed, to really help them not only speed up their process but also [achieve] the kind of precision they have had for years in the normal broadcast realm,” he says.

Extreme Reach also wants to grow its talent rights business toward a global one, and to expand its residuals business “beyond the commercial realm and into the entertainment space, and also [handle] the online tracking of those rights as well,” Conley says.

Ultimately, the company hopes to become more indispensable to as many players in the video ecosystem as it can be, on both the ad and the content side.

As the video landscape continues to change at a rapid pace, with the adoption of over-the-top video services and increasingly connected TV services, Extreme Reach is betting it will remain a key player in those fields.

“The ever-changing landscape gives us the ability to help whoever needs it along the process,” Conley says.