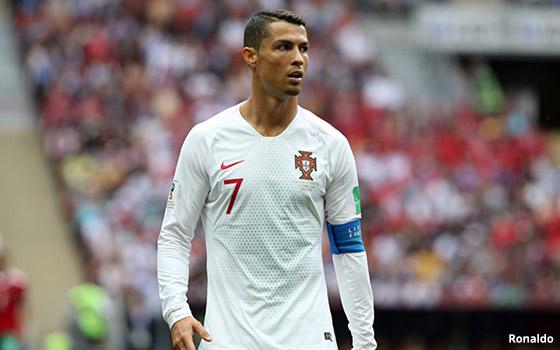 Technically speaking, the latest World Cup champions won’t be decided until mid-July. Yet, it’s already clear what players and teams are beating the competition on social media.

Thanks to his last-minute winning goal, this weekend, Germany’s Toni Kroos just jumped from 10th to fourth place in Socialbakers’ social-media rankings. The riveting win over Sweden helped Germany rise from fourth to second place, according to the social-media marketing platform.

Further, Germany’s total interactions across their owned social platforms more than doubled in the days following the epic victory. More than single acts of ability, the consistency of individuals’ and teams’ performances shape social rankings.

As such, Portuguese golden boy Cristiano Ronaldo and Team Mexico have managed to retain top social-media spots since the games began. So far, Ronaldo has singlehandedly racked up nearly 6 million social media interactions, by Socialbakers’ calculations.

Along with Ronaldo, top players include Argentina’s Lionel Messi, Brazil’s Neymar, and France’s Paul Pogba. Mexico, meanwhile, has raked in over 9 million social interactions since the start of the World Cup.

Along with Mexico and Germany, those teams currently dominating social platforms include Spain, France, and Portugal.

Also of note, while he is currently stuck in sixth place, England’s Harry Kane has increased his social-media following by about 250,000 fans since his first match.

Of course, Team USA failed to quality for this year’s Cup, which has not had a positive impact on its social presence, or that of its individual players.

Soccer fans or not, marketers should know what players and teams are dominating the World Cup conversation, says Moses Velasco, Chief of Strategy at Socialbakers.

"Sporting events like the World Cup represent a huge opportunity for brands to jump into the conversation and engage their audience with meaningful content," Velasco said on Tuesday. "Brands who know the kind of content that their audience engages with can really score big on social by posting relevant and timely material drawing on the World Cup as a theme."