Smartphones In 87% Of U.S. Homes, Trending Toward Toppling TVs 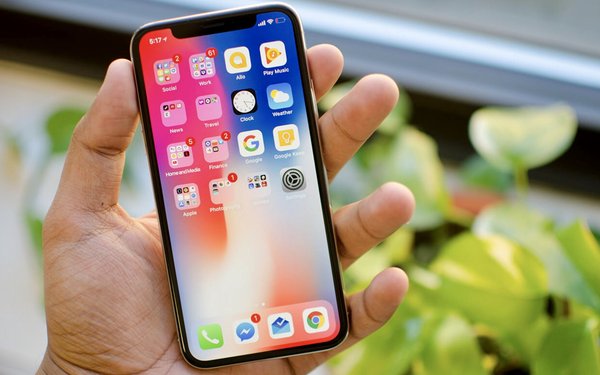 A new report says smartphones are now in 87% of all U.S. homes, second only to the ubiquitous TV set.

Steve Koenig, vice president of market research for the CTA, says in a statement, “The rapid ascent of smartphone ownership in U.S. households exemplifies the versatility of these devices — for communication, for entertainment, for productivity and more. And because of that, it’s possible we’ll see smartphone ownership in the U.S. match that of TVs within the next five years.”

Television sets are in 96% of all homes, just like last year.

In fact, it would seem, based on the CTA’s stats, the smartphone’s ascension to the top spot could happen a lot more quickly than that. The CTA in 2017 reported that smartphones were in 80% of homes, up six percentage points from the year before. It’s gone up seven percentage points this year. Based on that trajectory continuing and TVs presence remaining constant or continuing to decline  slightly, smartphones could be king in two years or less.

Ben Arnold, CTA senior director of innovation and trends, tells Marketing Daily that it could seem that way, but “the last percentage points are harder to attain,” as tech products reach the saturation point. Also, he notes, “most smartphones come with a plan” and there’s no guarantee consumers will hang onto the things.

In the 2017 report, CTA reported there were 308 million TV sets out there, 3% fewer than the year before. But that was a slight enough decline it didn’t affect the overall percentage that counts TVs in the home.

“‘The Three Screens’ — TVs, smartphones and notebook computers — now dominate the kinds of tech devices Americans have in their homes,” Koenig explains.

The CTA report says that “among new, emerging tech categories, smart speakers including the Amazon Echo and Google Home have nearly tripled in ownership rate to reach 22% of American households, making it one of the fastest-adopted technologies since tablets.”

Also, the CTA says, 18% of U.S. households now have at least one smartwatch, an increase of 6% over a year ago. Ten percent have a drone, and 11% own a virtual reality headset.

While TVs might not seem to be in the spotlight, the sale of 4K Ultra High Definition televisions rose 15%, more than any other tech product. Now 31% of us owns one. And one in five owns a TV set with a screen size of 60 inches or more. What we’re watching is changing, too. Now, 45% own a streaming device (like Roku, Amazon Fire or Apple), a rise of nine percentage points.

The broad generality might be that Americans are more interconnected than just connected. An eye-tracking study commissioned by Facebook IQ last year concluded 94% of the study’s participants were using a mobile device while they were watching TV, but  they only focused on the TV screen 53% of the time.

1 comment about "Smartphones In 87% Of U.S. Homes, Trending Toward Toppling TVs".
Check to receive email when comments are posted.
Next story loading