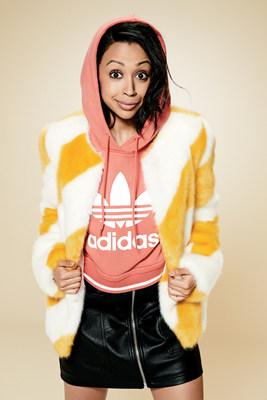 While the annual Nordstrom anniversary sale can be a serious holiday for fashion hounds, the retailer is going for laughs this time, with a new ad campaign starring four well-dressed comedians.

Each of the funny folk also appears in their own short “Show us how you #nsale” videos, inviting Nordstrom devotees to share a photo or video with the #nsale hashtag. Winners get a $500 gift card.

The ads are running on its website and social media channels, as well as in the sale catalog. The effort also includes print, out-of-home ads, shopping bags and store windows.

The promotional event is scheduled to run from July 20 through Aug. 5.

Like other retailers, the Seattle-based chain has been threading its way through increasingly tricky territory, as America’s love for online apparel continues chomping at department-store market share.

While Nordstrom has dodged many of those e-commerce threats — and also done well with Nordstrom Rack, its off-price chain — its latest earnings report worried some experts. “We’re disappointed,” writes Michael Binetti, an analyst who follows the company for Credit Suisse, with same-store sales coming in below expectations, and both full-line digital and off-price comparable sales struggling. “From here, it’s tough to see upside to its 2018 same-store sales guidance.”

Others see opportunities, including Deutsche Bank, which upgraded its recommendation to “buy” following that earnings report, despite weaker-than-expected sales.

“We believe Nordstrom has the best-developed digital strategy within our department store coverage,” writes Deutsche analyst Paul Trussell, “with 29% of sales now digitally enabled.” With its relatively small store network and “increasing penetration of exclusive/limited distribution brands,” he says the company is well positioned to make market share gains in the long run, “as competitors continue to right-size their footprints.”

He also cites strength in U.S. luxury spending, apparel and accessories overall, and a lessening in the decline of mall traffic.