Smartwatches For Kids? Popular In China, But Could They Take Off Here? 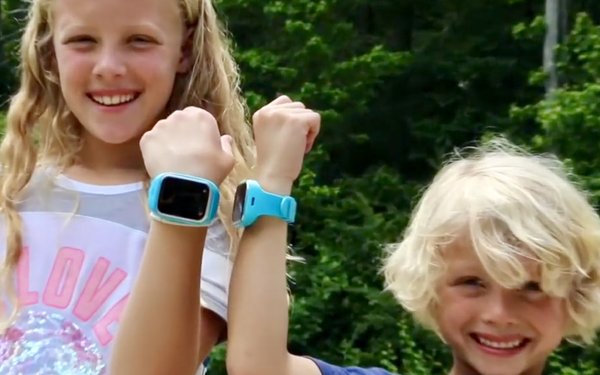 Apple’s Smartwatch debuted with such excitement in 2015, but  it may be the children’s market where the action is for now.

CCS Insight, a London-based global analyst firm that specializes in the mobile communications industry, says that last year connected watches for children accounted for the largest volume of sales of smartwatches, with 25 million of them sold in China alone.

Surprisingly, that China haul represents about half of all the smartwatches sold in the entire world. The Apple Watch makes up the biggest portion of the other half.

Now, Qualcomm, which creates much of the technology used in cellphones, has announced its Qualcomm Snapdragon Wear 2500 platform designed specifically for manufacturers to use in the kids’ market.

That could let the kids’ market around the world soar.

But CCS notes it would take quite a lot of soaring in this country to get the idea of kids watches off the ground. Last year, it says, only one million smartwatches for young people were sold in the U.S.and even fewer in Europe.

Qualcomm seems to sense a much bigger market is possible. “If you look at the targeted kid watch and tracker segment, the growth in these designed-for-kids but highly capable devices is very exciting, and customers are seeing wide spread global demand,” says Qualcomm’s Anthony Murray, the senior vice president and general manager, voice & music and wearables, in a statement.

Parents like the kids smartwatches because they have a built-in tracker that lets them keep tabs on where their kids are. The new Snapdragon 2500 supports a five mega-pixel camera for parents, so they can make video calls, and so kids can watch “rich educational video-based content,” Qualcomm says. It’s also good for games. The battery can last up to four days.

It comes with AI-based voice assistants and includes the latest near field communications (NFC) gear so children could make school purchases by credit card without carrying a wallet. The old 4G Snapdragon 2100 is in at least 10 devices made by various manufacturers; the 5G seems to be hoping for more.

A techno-journo dad, writing on a Verizon wireless blog, wrote about the LG GizmoPal he presented to his 6-year old son, Asher, concluding:  “I don’t think Asher needs to wear it 24/7, but it’s an amazing yet easy-to-use tool to have handy during times like sleepovers, after school and day trips to the amusement park. Asher loved it, too, and he typically had a pack of kids following him around, clamoring for a chance to try it.”

Yet, also in the blog, Asher’s father remarked that “like a lot of parents, I’m trying to wrap my head around exactly how connected my child has to be.”

The rest of the smartwatch market seems to separate itself like this: Apple vs. everybody else, or perhaps more accurately, everybody who’s still around. Analysts for IDC say that smartwatch vendors like Intel, Pebble and Adidas have either left the market or scaled back dramatically. But the future looks bright. But cellular connectivity and 5G will change the smartwatch industry. By 2022, vastly more capable smartwatches will comprise nearly 45% of all wearables sold, IDC says.