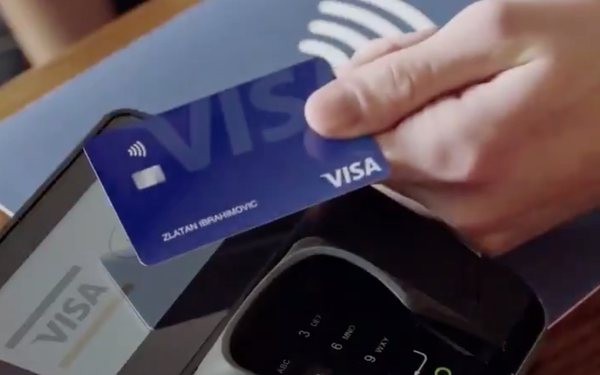 Visa analyzed spending during the opening days of the 2018 FIFA World Cup and found that one-fifth of purchases throughout Russia for the tournament used contactless technology, including smartphones, bracelets and rings.

As the Official Payment Services Partner of FIFA, Visa has enabled contactless payments throughout the 11 FIFA World Cup stadiums to ensure fans can get through lines quickly and not miss any of the action on the field. In-stadium, fans can pay with contactless Visa credit and debit cards and mobile payment services at the more than 3,500 point-of-sale terminals and 1,000 mobile concessionaires that have been equipped with the latest in payment innovation.

Russian fans made twice the amount of transactions for food and drinks compared to non-Russian fans, but the average per-transaction amount for non-Russian attendees was 1.5 times higher than Russian purchases in those categories.

Out of the host cities, Moscow has seen the top tourist spending — in and out of stadiums — at 1.7 billion rubles ($26.9 million).

The results found that in the 11 Russian host cities of the tournament, approximately one in every five (17%) purchases with Visa used contactless payment technology, including smartphones, bracelets and rings. In the stadiums themselves, the share of contactless payments was 54%, inclusive of purchases made by fans from Russia and abroad.

On average, across the 11 host cities, Visa cardholders spent 3,575 rubles (approximately $56.65) per transaction, with fans from the United States spending the most — followed by China and Mexico in second and third, respectively.

“Many of the international visitors attending this summer’s tournament have never been to Russia before and we’re excited to be providing them with the ultimate tournament experience, powered by the speed and ease of Visa’s digital payments, which are increasingly happening on contactless cards, devices and wearables,” said Ekaterina Petelina, country manager, Visa Russia, in a release. “In the stadiums particularly, fans are using contactless payment technology to speed through the lines and quickly get back to the action on the pitch.”