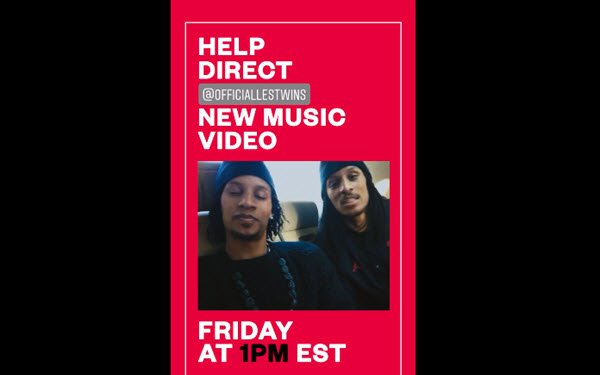 The spirits brand is encouraging fans to “direct” a music video made for IGTV in real-time, by voting within Instagram Stories (using Instagram's new Polls feature), from 1 pm to 10 pm ET today (June 29).

The video, “Live Moves,” will feature music from Grammy-nominated DJ A-Trak and dance moves from Les Twins, last year’s winners of NBC’s “World of Dance.” The dance duo currently have more than 974,000 followers on @OfficialLesTwins.

The completed video will debut at noon on Saturday on the Les Twins and Bacardi USA IGTV channels.

Bacardi’s social promotion of the activation — which is part of the brand’s recently launched “Do What Moves You” campaign — include a 15-second teaser video featuring Les Twins (above).

Other brands, including Chipotle and Nike, have also already begun testing IGTV, launched a week ago.