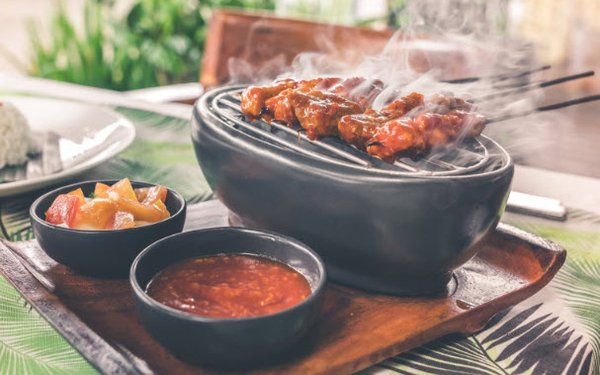 This being the week of July 4, Nielsen is using its Fanlinks survey product to connect the dots between podcasts and popular summer products, like barbecue sauce. And ketchup. And sunscreen.

For whatever reasons — and Nielsen doesn’t offer any — those three products are among those correlated with higher-than-average purchasing among podcast listeners.

Podcasts themselves are as hot as the weather these days. In Fall 2016, there were 13 million homes with occupants who identified themselves as “avid” podcast consumers. A year later, the number has increased to 16 million.

As listenership has increased, Nielsen has been able to measure how podcast fans spend in certain categories.

For example, 66 million U.S. households, or 54%, buy barbecue sauce every year, spending an average of $7.22 per year. Thirty-six million of these homes indicated that someone in the home is a “fan” of podcasts, and 9.4 million have an “avid” fan in the home. The “fan” group spends an average of $7.41 per year on BBQ sauce, and the avid fans segment spend $8.15 per year on the products — or 2.6% and 12.9% more, respectively, than the average BBQ household.

For a brand looking for the fat cat, pour-it-on barbecue sauce fan, advertising in business-oriented podcasts might be the place to be. Those listeners spend an impressive $40.77 on barbecue sauce each year.

Likewise, podcast listeners shell out more on ketchup than the average ketchup consumer.

The average ketchup household spent $7.18 on the product per year, versus $7.34 for podcast fans and $7.97 for avoid podcast listeners. In all, Nielsen says podcast listeners influenced $314 million in ketchup sales last year. (Can it be mere coincidence that there’s a popular music podcast called “Ketchup”?)