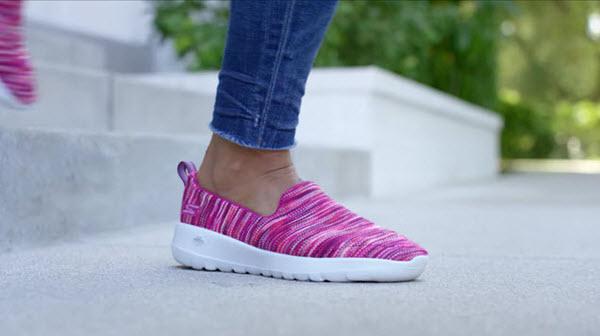 Seems like Millennials should be too young to have such tender feet, but recent research from Mintel and the NPD Group show that comfort is king when it comes to buying shoes.

Mintel, which points out that Nike goddess Serena Williams wore sneakers to the royal wedding after-party, says that athletic shoes are the top choice for those considering new shoes, at 65%, followed by casual, at 53%. Only 34% are mulling a new pair of dress shoes.

Those ages 18 to 34 are the most likely, at 37%, to say that they buy shoes just to find something more comfortable, compared with 32% of the total sample.

“We’re seeing a trickle-down effect from the high-end fashion world, which has been featuring more casual shoe styles,” writes Alexis DeSalva, retail and apparel analyst at Mintel. “As a result, more mainstream brands and retailers have featured comfortable shoes like sneakers and slide sandals as part of their assortments, making comfort a cool trend. Additionally, the increased acceptance of less formal footwear choices is a reflection of the growing trends in casual fashion and relaxed dress codes, as well as flexible work situations.”

And increasingly, Americans are buying those shoes online, with 76% saying they’ve done so, up from 57% in 2014. That’s meant a slowdown for brick-and-mortar locations, with 83% of people shoe shopping in physical stores, down from 89% in 2014.

The NPD Group says the increased emphasis on comfort continues to reshape the athletic shoe category, as well. Leisure sneakers — those built for comfort rather than athletic performance — have been tops in sales in the most recent 12-month period, rising 17% in dollar sales.

“Seasonal lines are blurring, and so are consumer attitudes and usage,” writes Beth Goldstein, NPD’s executive director, fashion footwear and accessories analyst, in its report. “As leisure footwear continues to grow, the fashion-focused players need to take the cues that comfort is not an added benefit anymore; it is a necessity for consumers regardless of the season.”