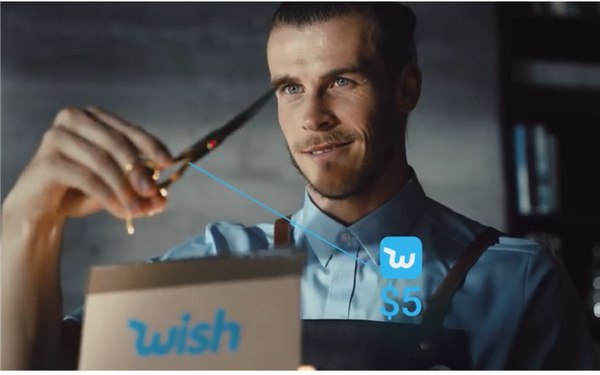 Not every soccer star is currently playing in the FIFA World Cup.

Online shopping app Wish features players whose countries didn’t make the 2018 World Cup, in a comical 60-second spot in which they think about what to do — and buy — when you have #TimeOnYourHands.

Neymar Junior (Brazil) and Paul Pogba (France) are included in the campaign while they’re ostensibly on-site at the World Cup, watching on their phones as the other players engage in their hobbies during their time off.

San Francisco-based Wish has been promoting this campaign globally on TV during the tournament — and also secured access to the players' social media accounts — creating some conversations between the players in real time as the videos are released. For example, Bale becomes an expert hairdresser after buying a pair of clippers. When Paul Pogba posted his own Wish video, Bale responded by offering to style Pogba’s hair for the big game, and asked “Red or blue this time?,” sparking rumors in the U.K. press that Pogba would be leaving Manchester United.

The broadcast spots are running on Fox Sports and Telemundo in the U.S. and other TV globally, along with promotion on digital platforms around the world.