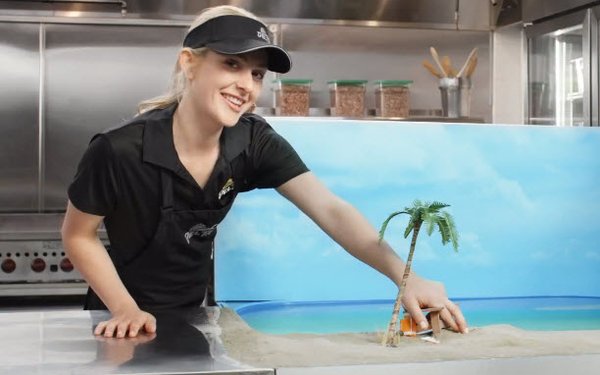 Del Taco, the country’s second-largest Mexican quick-service restaurant chain, is out with a new campaign that celebrates the hard work and pride of its employees, while spotlighting its freshly prepared ingredients.

Actual crew members are shown grilling, mixing and grating fresh ingredients, then treated with special breaks, in the form of hand-crafted dioramas reflecting their off-time interests.

“Del Taco does more fresh prep in each and every restaurant than anyone gives them credit for, so it made perfect sense to celebrate real crew members who do so much day in and day out,” said Roger Camp, Camp + King’s founder and chief creative officer.

The “Beach” ads are doubling as promos to introduce the chain’s new $1 Chicken Quesadilla Snacker.

Del Taco also had the agency update the designs of its packaging, in-store materials and print, digital and social assets.