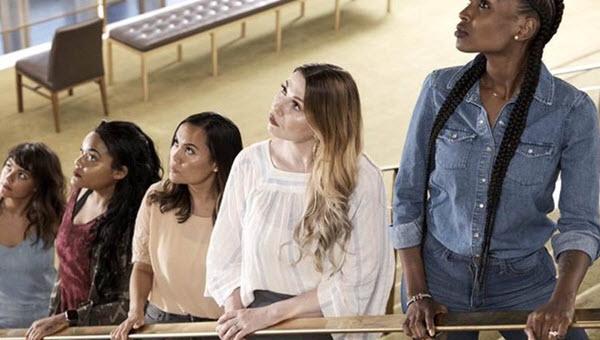 Coty, still working to stabilize its purchase of Covergirl and other consumer brands from Procter & Gamble back in 2016, has named three new CMOs.

The company is also launching its biggest Covergirl campaign this year, an elaborate film that thanks literally thousands of its customers — by name.

The company says current CMO Friedemann Schmid is leaving in September, and will be replaced by three CMOs. Mike Bryce will lead color cosmetics, retail hair and body care; Mark Cooper will head marketing for lifestyle scenting; and Ukonwa Ojo will oversee global marketing for Covergirl and Sally Hansen, as well as become the U.S. CMO, a spokesperson tells Marketing Daily.

That news comes just as Covergirl is introducing the “By The Infinite” ad campaign, supporting its new TruBlend Matte Made foundation with 40 different shades.

Besides spokespeople Issa Rae, Maye Musk and Shelina Moreda, the Droga 5-created campaign includes a nearly 14-minute film (below) that showcases hundreds of women, followed by a rolling scroll of more than a thousand names (first names, last initials) of women who "inspired" the new foundation. The scroll occupies about 13 minutes of the film’s running length.

The new ads are the latest part of its rebranding effort, “I Am What I Make Up,” launched last year.

Coty mostly met expectations in its fiscal third quarter, with revenues rising 9.4% to $2.22 billion. But sales in its consumer beauty division, which includes color cosmetics like Covergirl, Rimmel and Sally Hansen, as well as mass fragrances and hair brands Clairol and Wella, fell 1.2% on a constant-currency basis, reflecting a 4.4% dip in organic growth.

In its earnings announcement, Coty CEO Camillo Pane said that despite the beauty division’s disappointing performance, there are “encouraging signs of stability. Though there is still much work to be done, including the continued integration of the P&G Beauty business, I am encouraged by how far we have come since embarking on our journey.”

Among moves to boost Covergirl’s profile are a first branded store, planned for New York’s Times Square. Designed as an experiential interpretation of the “I Am What I Make Up” brand philosophy, plans call for a beauty playroom, interactive elements, full-service makeup and on-the-go services and digital experiences.

Covergirl, which says this is the first time a mass legacy beauty brand has opened a flagship in North America, expects the concept store to open this fall.