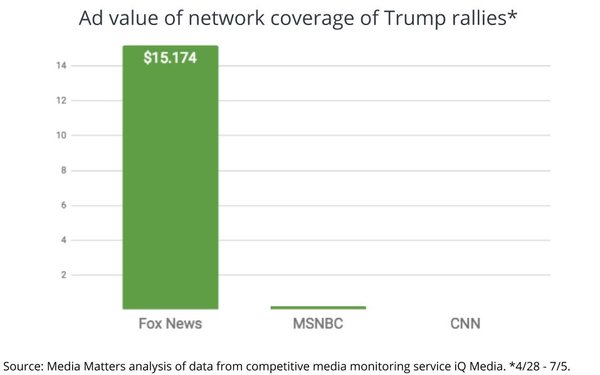 Fox News has devoted the advertising equivalent of $15.2 million of value in its live coverage of Trump campaign rallies since April 28, according to a Media Matters analysis of estimates from competitive media monitoring service iQ Media. 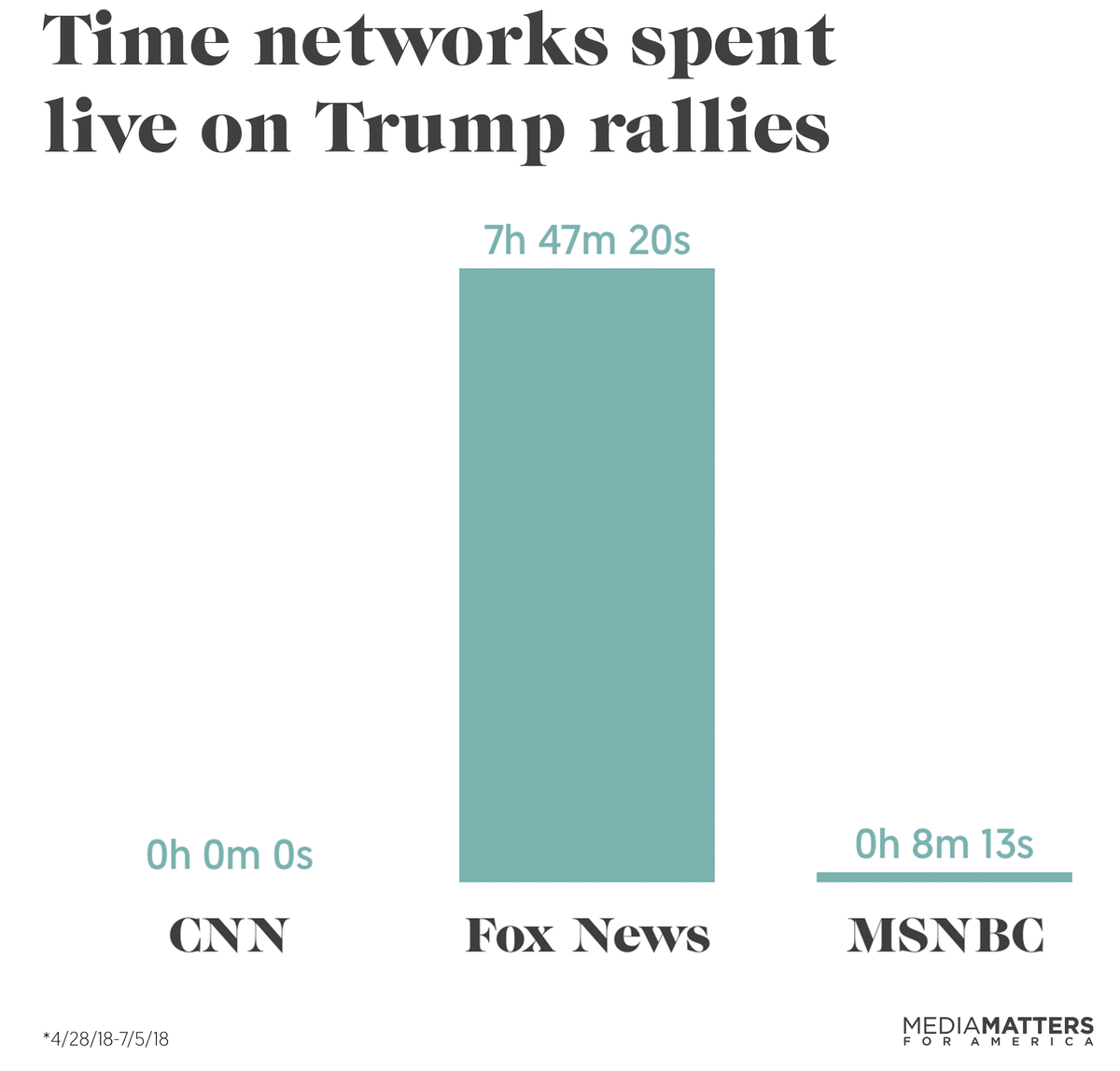