YouTube Rolls Out Plan To Fight Misinformation When News Breaks 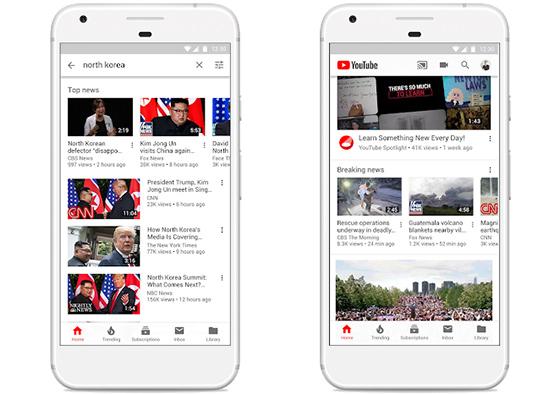 YouTube has announced details of its plan to fight the misinformation and bogus videos that are sometimes uploaded to its platform in the wake of breaking news, as well as highlight  "authoritative” news sources.

For starters, parent company Google will begin to include links to text news articles after users search YouTube during a breaking news event.

“That’s why in the coming weeks in the U.S. we will start providing a short preview of news articles in search results on YouTube that link to the full article during the initial hours of a major news event, along with a reminder that breaking and developing news can rapidly change.”

Google announced the Google News Initiative, which sought to improve news literacy, in March. The company will earmark $25 million of its $300 million Google News Initiative pot specifically for YouTube, with the goal of figuring out how to quantify “expertise," working with brands like Vox Media to develop a strategy.

The money will also be used toward innovation funding in 20 global markets, and on expanding the support team that works with news publishers around the world.