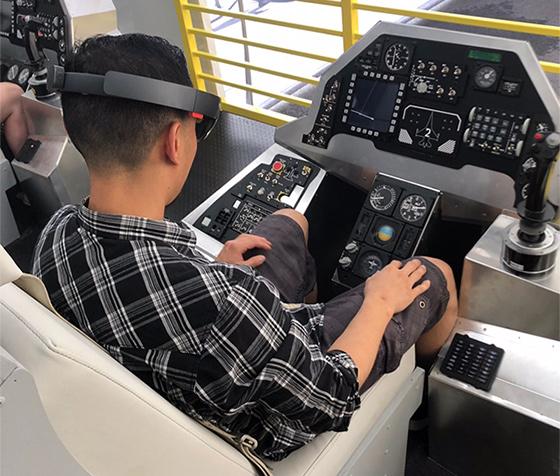 The U.S. Air Force continues its decade-long run of experiential tours by introducing "The Hanger" mobile tour that features six different experiences with technologies such as LeapMotion, Kinect, and HoloLens, as well as leveraging augmented reality to let visitors see what it’s like to be a mechanic on an F-16 Fighting Falcon jet by putting them inside the cockpit.

Developed with GSD&M, the activation is designed to look like an Air Force aircraft hangar by combining two 39-foot trailers, jointly connected by a curved canopy to emulate the raised ceiling.

The Hangar will stop at sponsorship events that target "mechanically-inclined and tech tinkerer individuals," the Air Force’s target audience for filling maintenance career fields. This includes action sports such as Nitro Circus, motorsports such as NASCAR and Formula Drift, and air shows.

There will also be paid social and grassroots initiatives as well as integrations with the specific tour stop locations and sponsorships to increase awareness.

Although the Air Force continues to spend millions via more traditional advertising, the success of these mobile tours has helped to fulfill recruiter demand. "By putting potential recruits into the environment of an Airmen, it inspires them to consider the Air Force as a full-time career by educating them on the career path and seeing which recruits are naturally skilled,” says and agency spokesperson.