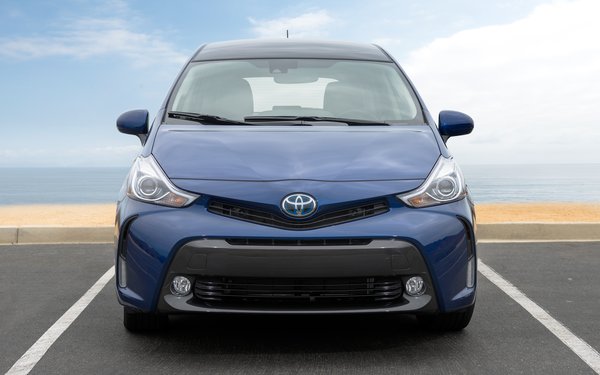 The majority of consumers believe that electric vehicles are the future of the automotive industry (58%) and that society should transition to emission-free transportation as soon as possible (52%), according to research.

New research from Mintel reveals that a smaller ecological footprint is on many consumers’ minds as 62% say the reason they would consider a hybrid/electric model for their next car purchase is because they care about the environment.

While vehicle fuel economy is a top concern for Americans, many are also increasingly aware of their environmental impact and seeking ways to minimize pollution and reduce their carbon footprint, says Buddy Lo, automotive analyst at Mintel.

“The optimistic outlook for electric vehicles, as well as a pro-environment sentiment, should support alternative energy vehicle sales going forward,” Lo says in a release. “Additionally, winning over younger consumers, who show the greatest interest in purchasing an alternative energy vehicle, could be a boon for auto manufacturers as it is likely to result in brand-loyal, repeat buyers.”

While attractive, alternative energy vehicles can bolster a brand’s perception among younger car buyers, brands must ultimately introduce affordable models in order to increase sales and market penetration, he adds.

As automakers continue to introduce new technology innovations, from in-car digital personal assistants to improved infotainment systems, it seems Americans are increasingly concerned about the safety of sharing the road with their fellow drivers. Mintel research shows that nearly 9 in 10 (88%) car owners agree that there are too many distracted drivers on the road.

Safety is a priority for many as the top automotive innovation consumers overall are interested in (78%). Many are willing to open their wallets to feel more confident they’ll get to their destination safely as three in five (59%) car owners say they would pay more for the latest car safety technology.

While three-quarters (76%) of car owners believe that autonomous features can prevent fatal accidents, consumers are interested in innovations that don’t just prevent accidents, but also can be used to determine liability after the fact. Some 73% of car owners say they would like to see technology that can prove who was at fault in an accident and another 70% agree that dashboard cameras can provide a sense of security in the event of an accident.

Younger generations have more unconventional ideas in mind when it comes to safety innovations as 37% of Millennial car owners say they would like it to be safe to use social media while they drive, compared to 25% of car owners overall. Indeed, Millennials are interested in connecting online while buckled up as 31% say they’d like to share things on social media that they see while driving, compared to 18% overall.

“Automotive innovation in the form of car connectivity, autonomy and safety is accelerating at a rapid pace,” Lo says “With so many distracted drivers on the road, the majority of consumers are interested in features that make a vehicle safer, whether its technology that prevents crashes, proves who is at fault or allows consumers to safely stay connected to friends and family. Brands that can effectively position their safety technology as industry-leading will have a better chance of winning over the many shoppers that prioritize safety above all else.”

Given the fast pace of technological advancements in the automotive industry, more than two in five (43%) car owners say that innovation will make today’s cars obsolete in just a few years.

“Autonomous technology is currently available in cars today as a supplement to human driving, such as lane keeping assist or adaptive cruise control, but consumers don't trust the technology to handle all driving tasks for them yet.” Lo says. ”While immediate trust in self-driving technology still has a ways to go, the amount of those who say they’ll ride in a self-driving vehicle after a couple of years of availability has increased substantially in short order. However, as automation increases, brands will ultimately need to appeal to an increasingly connected consumer base that refuses to compromise on safety.”