Sprint Now Has Unlimited Number Of Unlimited Plans, Too 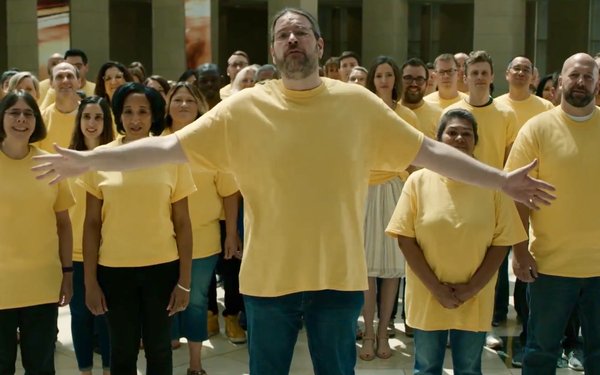 It seems like wireless carriers have hit on limitless ways to angle “unlimited” plans. Sprint is the latest to offer new unlimited packages, just like Verizon and AT&T have.

To help sell it, Sprint is also launching a commercial in which a chorus apologizes to the 50,000 John Smiths in existence out there for heretofore not offering buckets of unlimited plans, so that each John Smith could have their own.

It goes exactly like this: “Hey, I’m here to say/ to each of you/ in the USA/ that I am to blame/ treated you all the same/because you’re all named/John Smith/ But today/That’s all gonna change. . . ”

It might be a case of the more, the “warrier,” however. Bottom line, reports the website PhoneArena.com, “The one simple all-you-can-eat Sprint Unlimited Freedom plan is now phased out and Sprint is replacing it with two new unlimited plans that are more complicated and a bit more expensive.”

Actually it seems like four plans. According to Sprint, beginning tomorrow, every John Smith, Tom, Dick and Harry,  will have these options:

"Customers told us that they wanted more from their wireless – more choice, more features and more value," says Dow Draper, Sprint chief commercial officer, in a statement. With all the other plans, he says, “we’re providing something for everyone, at the best price."

The new Sprint plans come quickly on the heels of a previous unlimited deal that Sprint apparently decided was a little too good. Last month, it introduced a special $15 a month unlimited talk, text and data plan, which not only undercut Verizon and AT&T but was also cheaper than Sprint’s own Unlimited Freedom plan. It cut it off after a few weeks, reportedly because it was too popular.

The new multiple unlimited plans join Verizon and AT&T which announced an array of unlimited plans last month. T-Mobile started the unlimited plan option idea in 2016. The Sprint plans also might have a short shelf life because it’s attempting to merge with T-Mobile, though there’s no certainty regulators will go for it.