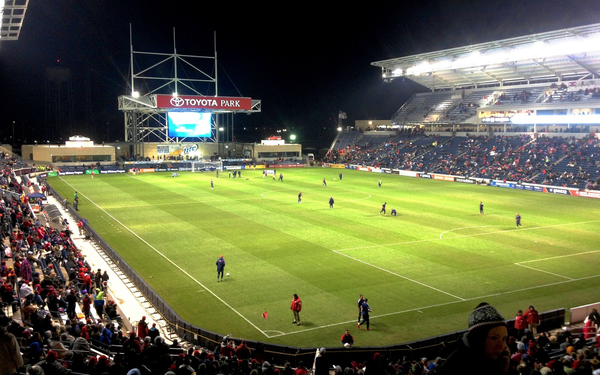 If you are a soccer fan in America and own a Kia Optima Hybrid, you are not alone.

With World Cup finals happening this weekend, Jonathan Smoke, chief economist at Cox Automotive, searched across a range of data, hunting for correlations among 2017 new-vehicle purchase profiles and consumer sports-and-leisure profiles. From that, he was able to determine which vehicles over-index and correlate most with being a Major League Soccer fan.

The other four vehicles that most indicate someone is very interested in MLS soccer are the Toyota 86 or its predecessor, Toyota’s Scion FR-S, Honda Civic and Subaru BRZ. Toyota is obviously on top of the trend since it has the naming rights of two Major League Soccer stadiums in Chicago and Dallas.

Who attends MLS games? These five vehicles are best for predicting that someone has attended more than three MLS games in the last 12 months: Lexus IS, BMW X6 SUV, Fiat 500, Infiniti Q50 and Volkswagen Jetta, Smoke says.

Extreme fans, who are willing to travel overseas and attend a game, drive a different set of vehicles. These five vehicles are best indicators that the owner has cheered at a European football match in the last 12 months: Honda Civic, Volkswagen Jetta, Mazda 3, Lexus IS and Fiat 500.

Perhaps not surprising, soccer fans index highly for vehicles with alternative powertrains, according to Smoke Someone very interested in Major League Soccer is 30%-plus more likely than average to buy an electric car. The top EVs with soccer fans are Volkswagen Golf EV,  BMW i3, Fiat 500 EV, Chevrolet Spark EV and BMW i3 (with hybrid range extender).

Consumer who have attended more than three MLS games in the last 12 months are 50% more likely than average to buy an EV.  The top five are Volkswagen Golf EV, BMW i3, Fiat 500 EV, Chevrolet Spark EV and Audi A3 Hybrid.