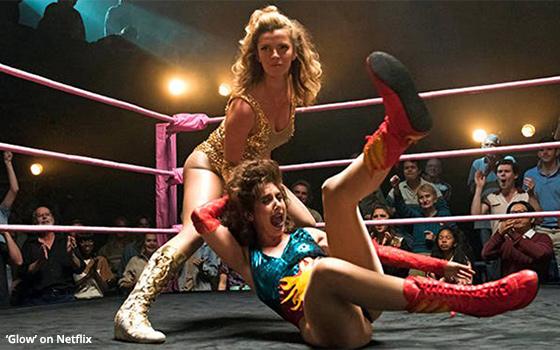 I mean, who really wants to spend several billions a year on TV and movie content -- especially when a sizable bulk of that production might not yield viewer interest, sending production dollars down the drain?

And then Netflix stepped up to the plate and said: Bring it on. And this year, it will spend $8 billion, virtually tops among all those legacy studios. Now Netflix can add another milestone: More Emmy nominations than any other company.

If you are HBO -- and you just got hard-lectured by the top AT&T executive in charge of your future, following the completion of AT&T's deal to take over Time Warner -- it's another chink in your armor.

Still, HBO can say this: “Game of Thrones” led all TV series with 22 nominations, with its “Westworld” at 20. NBC’s “Saturday Night Live” came in at second place among all TV shows -- with 21 nominations. Netflix noms for its shows are more widespread; 40 series got at least one Emmy nomination.

However, Netflix is not happy yet in this arena. It has not grabbed the biggest Emmy prize among all new streaming video-on-demand platforms: the Emmy for best dramatic TV show. Last year, Hulu beat Netflix to this, getting that honor for “The Handmaid’s Tale.”

Here is one surprise: Basic cable network FX had 50 nominations -- beating all broadcast networks except for NBC. Hulu and Amazon were not left out of the mix, pulling in a respectable 27 and 22 nomination totals. Still, that is far less than Netflix’s big total.

The question is whether, given continued media disruption, are there are any companies left that believe they can rebuff legacy TV studio pundits and swing for award hardware?