In an effort to expand its presence in a rapidly expanding media platform popular with Millennials, The Washington Post this morning announced it is launching a live streaming news channel on Twitch, the popular online community of video game fans and hardcore gamers.

The Post first debuted on Twitch in April live streams of Facebook CEO Mark Zuckerberg’s hearings and pre- and post-show analysis each day by Post reporters covering technology and Congress.

“Our first streaming experiment on Twitch was for Mark Zuckerberg’s testimony on Capitol Hill, and the real-time conversations and engagement showed us there was interest in news and analysis on the service,” said Phoebe Connelly, deputy director of video at The Washington Post. “We are excited to explore other video storytelling opportunities and share our political expertise with this vibrant community.” 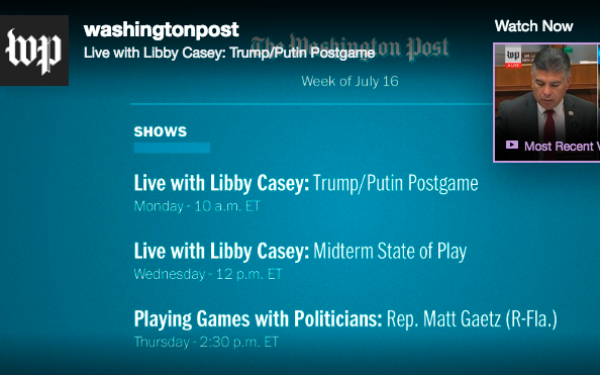