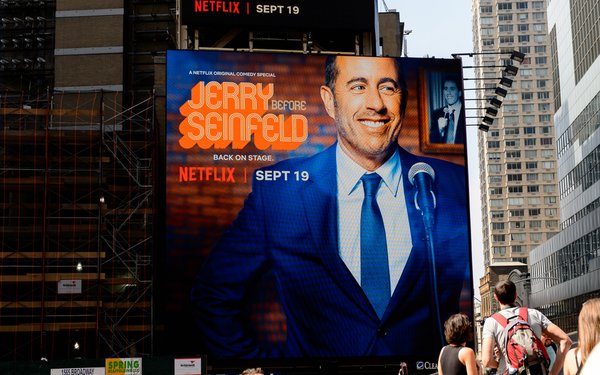 Netflix may not have advertising on its service, but it has managed to become a significant player in the business as a marketer.

In a filing with the Securities and Exchange Commission, the company said that it spent $527 million on marketing for the quarter ended June 30, and just over $1 billion for the first six months of 2018. In both cases, that was nearly double what the company spent in the same time periods last year ($274 million and $546 million, respectively).

While analysts frequently discuss Netflix’s significant investment in content (expected to pass $8 billion this year), the dramatic increase in marketing spend is in many ways just as significant.

Some of that marketing budget is, of course, being spent on campaigns to promote nominations for the Emmys, where Netflix just broke HBO’s 18-year streak as the most nominated “network.”  That being said, in a video interview with Sanford Bernstein analyst Todd Juenger, executives from the company said that most of its marketing spend--more than 80%--was spent to "help title brands really maximize their potential within the overall system."

Netflix’s advertising spending spree also ups the ante for competitors in the streaming video space. Companies like Hulu, YouTube TV and FuboTV have all acknowledged that they plan to spend more money on marketing their services. Just as with content, however, Netflix is poised to outspend all of them combined.