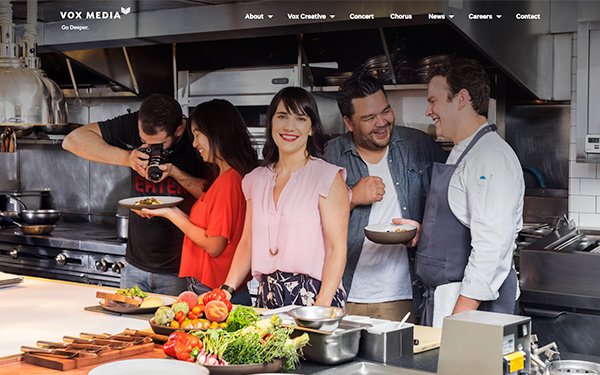 Licensing partnerships are increasingly popular, as publishers attempt to close the gap in profits in an increasingly hostile environment. That includes licensing out their own software or platform or finding a cheaper way to publish through a new offering from another outlet.

Last year, venture-backed Vox Media became nearly profitable when it reached its target revenue of $160 million, while spending $162 million. According to The Wall Street Journal, the company is hoping to find a new revenue stream to up that number by licensing its proprietary publishing technology called Chorus.

Chorus is used to operate the company’s portfolio of sites like The Verge, Vox and Recode.

In exchange for a subscription fee, the software can be used by other publishers to create articles, monitor readership and distribute content across social-media. (Vox Media laid off 50 of its 1,000 employees earlier this year to focus on its social-media strategy.)

According to the report, Vox Media decided to begin the licensing program after the success of partnerships with The Ringer and Funny or Die. Both signed on to use the software through an agreement that included an advertising deal.

Future licensing agreements are expected to vary in cost, according to the company, with prices landing between six and seven figures. However, the advertising deal included in those partnerships with The Ringer and Funny or Die will be an option rather than mandatory.

The Arc Publishing Platform signed its first U.S. client in 2015, after partnering with the Woodbridge Company’s Globe and Mail in Canada.