What Goes Around Is Coming Around: Big Growth For 360-Degree Video 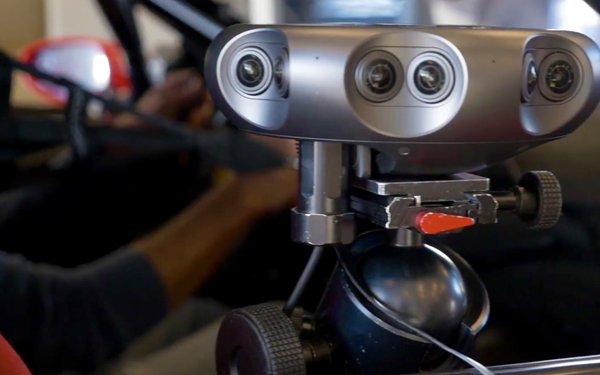 Growth in the 360-degree video camera market will explode at a CAGR rate of 27.1% through 2023, according to new research from MarketandMarket. That would put the dollar figure at close to $1.6 billion in the U.S. by that year, up from $348 million in 2017.

By then, perhaps, many consumers will know the difference between 360-degree video and virtual reality videos. They seem similar but they’re not the same, though, as has been pointed out, any kind of video that includes goggles is almost automatically tagged VR. (One useful definition from Vimeo: With a 360-degree camera, you’re a passenger in a car, but you’re not driving it and the road is fairly established.  With VR, you are driving it, wherever you want.

Consumers actually may be more aware of 360-degree video than VR. Manufacturers and marketers include big, familiar names like Samsung, GoPro, LG, Nikon and Xiaomi. Like VR, the uses for 360 video go far beyond fun travelogue videos. They’re used extensively in the healthcare and automotive fields.

And according to the new market analysis, the growth in 360 cameras will be for professional use rather than hobbyists and video enthusiasts. North America makes up about 40% of the market. Big users of 360 video include real estate agents, hotels and tourism agencies.

Probably the biggest stage is Google’s YouTube, which bet heavily on VR and 360 video. Everybody from NASA to Fiat to gamers have grabbed the 360 video spotlight. In September 2015, YouTube said  it was all in for 360 video and said it was working with major camera makers to come up with specifications that made uploading and watching the videos on YouTube easier. That opened up the market, and now, 360-degree video has found a happy home vie video applications of social media.

It’s full impact hasn’t been seen in advertising yet, except one aspect of 360 video and VR seems tantalizing. Users spend far more time with those kinds of video and that could be money in the bank for those formats.