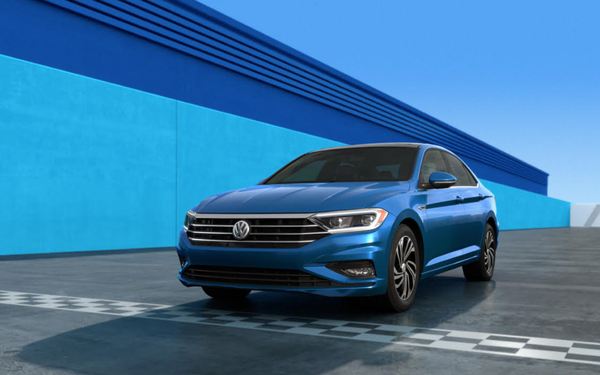 Volkswagen’s “Betta Getta Jetta” campaign offered up some “fun and intricate challenges,” according to the Los Angeles-based studio that created it.

“Most notably was the volume of work to complete in a limited amount of time —12 full-CG spots in just 9 weeks, each one unique with its own personality,” said Andy Boyd, VFX Supervisor at Jamm in a release.

The studio lent its visual effects know-how to help debut the all-new 2019 Volkswagen Jetta campaign, which debuted in May. Created by Deutsch and produced by ManvsMachine, the series of 12 spots bring the Jetta to life by combining Jamm’s high-end CG design with a color palette inspired by the Jetta’s available 10-color ambient lighting system.

Hamm employed a variety of techniques for the music-centric campaign, which highlights updated features such as ambient lighting and Beats Audio. The series includes spots titled “Remix,”“Bumper-to-Bumper,”“Turb-Whoa,”“Moods,”“Bass,”“Rings,”“Puzzle,” and “App Magnet,” along with 15-second teasers, all of which had been airing continuously on various broadcast, digital and social channels during the World Cup. The campaign brings Jamm to a total of 14 commercials airing during the World Cup.

For “Remix,” Jamm brought both a 1985 and a 2019 Jetta to life, along with a hybrid mix of the two. For “Bass,” the animation team brought personality to the car while keeping its movements grounded in reality. Animation supervisor Stew Burris pushed the car’s performance and dialed in the choreography of the dance with ManvsMachine as the Jetta discovers the beat, adding exciting life to the car as it bounces to the bassline and hits the switches on a little three-wheel motion.