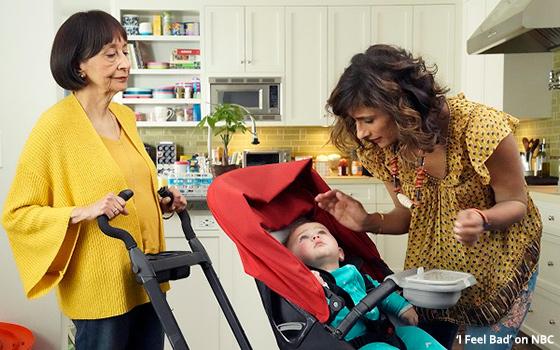 It’s bad enough when networks try to control the way I think, but now they are trying to govern my “first impressions,” too.

Hey, networks: I cannot really control my own first impressions. Forgive me, but like other human beings, the first time I see something, I form an impression.
The real issue here is that the networks this summer are asking the nation’s TV critics to refrain from writing so-called “first impression” columns based on our initial viewings of the networks’ fall pilots.

For those of us in the business of writing about TV, summer is fall-pilot season. The way it works is this: Some time after the network upfront presentations in mid-May -- perhaps several weeks later -- the networks make their fall pilots available for journalists to watch.

For many years, they have come with a proviso that critics refrain from writing out-and-out reviews of these pilots because aspects of them are often subject to change before a show’s premiere episode is finalized.

These changes range from minor tweaks such as the editing out of lines or even scenes to major changes such as the recasting of a key role and, as a result, substantial reshooting.

The ban on reviewing these shows then gets lifted in September, when the networks make the finished, air-worthy versions available to critics.

During the summer, however, many of us have resorted to the “first impression” style of covering these new shows. I have done this for years -- writing about the fall pilots and whether they have the potential to become hits, while at the same time emphasizing that these summer columns are not really reviews.

Indeed, I was always careful to position these as “first impression” or “first look” columns. And I always made the point that these shows were all subject to change before their premieres, and that I would review them “officially” nearer to their premiere dates.

One reason I formed the habit of doing this in the middle of the summer (in August, in particular) was because summer was (and still is) the most difficult period of the year to come up with a column topic every day. So these “first looks” at the new fall shows certainly came in handy.

This year, however, I have noticed a new stipulation. Not only are we TV scribes enjoined from reviewing these pilots, but “first impression” treatment is forbidden too -- at least according to some of the networks.

CBS puts it this way: “Please note,” says some boilerplate copy from CBS, “pilots are NOT final broadcast versions. These presentations are for ‘viewing/informational’ purposes only, NOT for ‘official review’ or ‘first impression’ type pieces.” That last phrase about first-impression pieces is what’s new (or at least I do not remember ever seeing it in past years).

ABC has a similar message for TV critics. “For information purposes only. NOT FOR REVIEW, FIRST IMPRESSIONS, OR PREVIEWS,” say the regulation copy from ABC (the caps are theirs).

On the other hand, a prohibition on “first impression” treatment could not be found among NBC’s press materials for its fall shows. “We ask that you wait to review these episodes closer to fall,” NBC says. The network also requests that we not write spoilers in our coverage of the new shows -- an easy request to grant.

Fox also has a “for informational purposes only” rule, but no “first impression” ban. However, like the other networks, the folks at Fox see “first impression” columns as potentially (if not in actual fact) reviews in disguise. My own experience is that they are not entirely wrong in this regard.

Nowhere in any of the rules did I notice any such prohibitions on the first impressions journalists may have formed of some of the new fall shows when we saw clips and other edited portions of them at the network presentations last spring in New York.

Therefore, it was my first impression that a number of the new fall offerings were pretty lousy. For example, based on the clips, I didn’t much care for “I Feel Bad,” the new NBC sitcom pictured above that was promoted at NBC’s upfront.

More recently, though, I watched the entire pilot for “I Feel Bad” and I wish I could tell you how I feel about it now, but I cannot.

That’s a pitfall of this first-impression prohibition: We critics might actually form some good first impressions of some of these shows, but we are not allowed to say that, apparently.

Oh, well. So far, unless the networks are cooking up some new regulations for the fall premieres, there are no rules governing how we review the new shows when the time comes. I am looking forward to that.